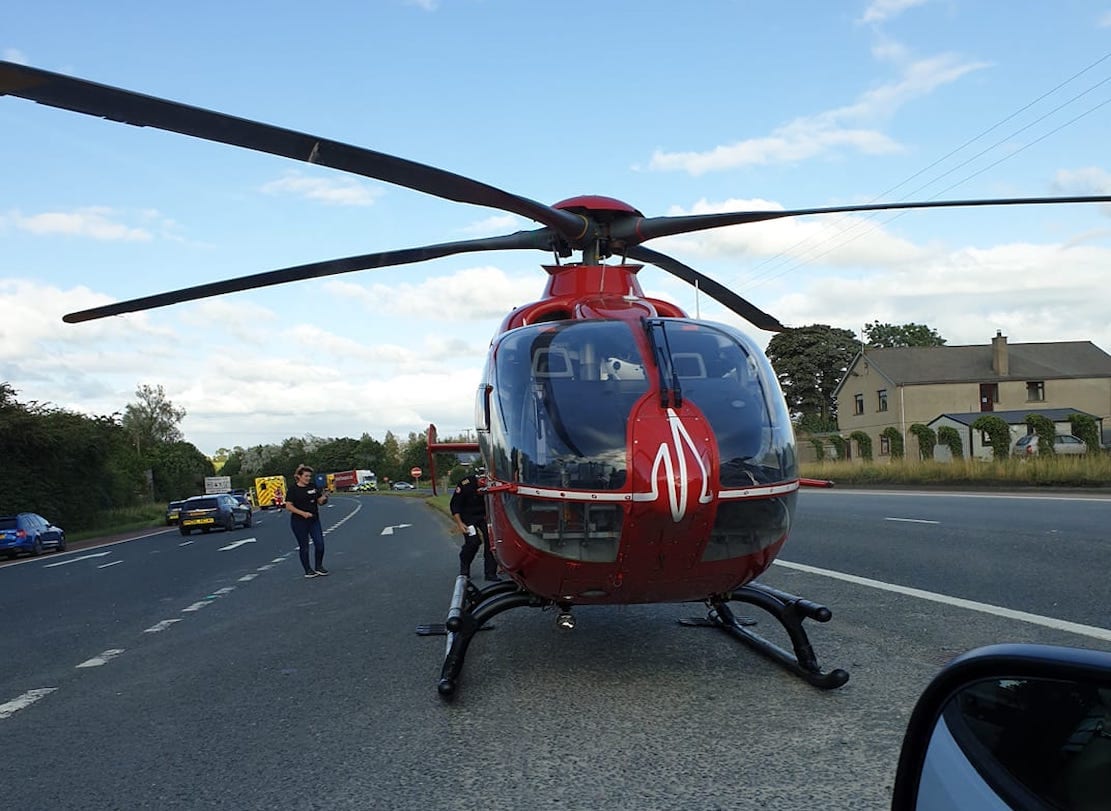 A child was among five people rushed to hospital following a serious collision on the A1 this afternoon (Sunday).

Four adults and one child were taken to hospital after a crash between two cars and a lorry on the southbound lane near the junction of Taughblane Road.

The Northern Ireland Ambulance Service confirmed that they received a call shortly before 2pm today.

Five emergency crews, one doctor and a HEMS team were at the incident.