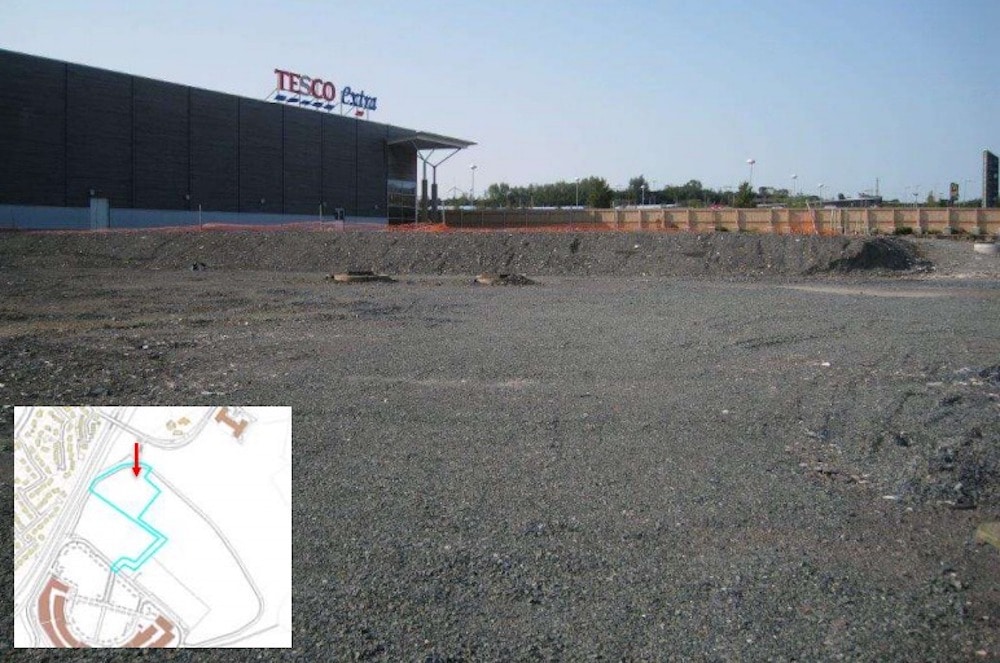 Lodged by agent, Mark Wood, on behalf of applicant Mr Adam Dunn of CDS (Superstores International) Ltd, the site consists of a vacant retail warehouse and an area of previously cleared ground adjacent to the existing Tesco store.

The application seeks full planning permission for the erection of one building, which will extend the current vacant unit 1A on the site to form one retail warehouse to be occupied by The Range with the addition of an external garden centre.

The proposal will see the erection of a retail warehouse extending to 4,258sqm gross external, the provision of an external garden centre ancillary to the retail store, extending to 681sqm gross and operated by The Range.

It will also see the erection of two sprinkler tanks and pump house for use in connection with the store’s fire control system along with an enclosed service yard and a 168sqm meter ancillary café within the store.

Councillor Tim McClelland asked what council believed the impact to Banbridge town centre would be as a result of this application.

A planning officer informed Cllr McClelland that this development, in isolation, will have a 2.3 per cent impact on convenience stores in Banbridge.

“It will have an impact but because we have approved the Marks and Spencer’s application previously and that is a committed development, we had to consider that as well,” said the officer.

“This means the combined impact on the town centre is 7.1 per cent. Basically, this is a calculation of individual stores and their turnover and what this would potentially take away from their turnover.

“This was calculated for each store and the average was taken, so the average impact of this store on its own is 2.3 per cent but with the M&S as well it is 7.1 per cent.”

Councillor Sam Nicholson noted the existing approval on the site and said there has been a precedent set for this scale of development and asked if a study for an alternative town centre location had been carried out.

He was told that the review had been carried out and there are no sites within Banbridge town centre or Dromore that would accommodate a site of this size.

“We have looked at 20 sites, including sites zoned for development opportunity,” said the planning officer.

“The study went into detail on each of those and we are content that these sites where either not available, unviable or unsuitable and that is what the policy requires.”

Alderman Sydney Anderson enquired about the town centre impact and asked at what point would Council refuse an application because of the negative impact on town centres.

The officer said there is no set limit in policy but historically anything over 10 per cent would be considered detrimental but this “really depends on the health of the town centre”.

“An impact of 7.1 per cent, we are content with, given the health of Banbridge town centre those business should be able to withstand that,” said the officer.

“However, that may not apply to other towns within the borough in some cases an impact of even 2.3 per cent may be too much. It is a consideration of each town centre – how many stores are in it, the size of the stores and the range of the stores.

“It basically comes down to the health of the town centre and we are content Banbridge is a healthy town centre.”

With the questions answered, the Lord Mayor, Alderman Glenn Barr proposed the application be accepted and the proposal was seconded by Councillor McClelland.

The committee then voiced its approval for the proposal.