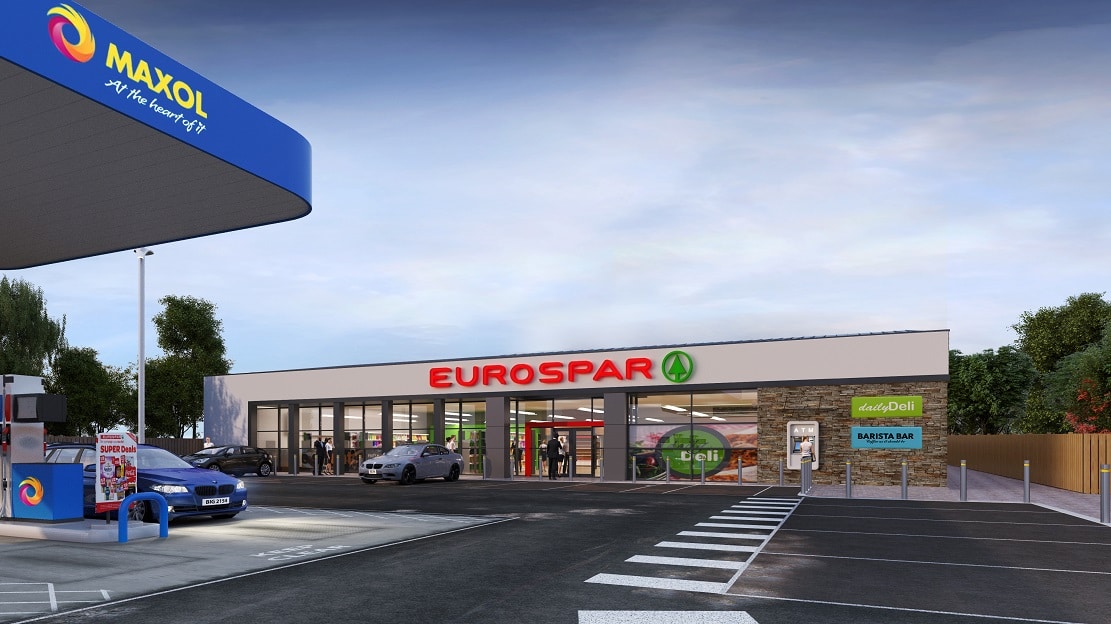 A £2m proposal to revive a derelict petrol station and convenience retail site in Gilford has been welcomed by residents.

The application to develop the site currently occupied by a former convenience store is to be decided by Armagh City Banbridge and Craigavon Council at a forthcoming planning committee meeting.

The proposal by Northern Ireland’s award winning, family-owned Henderson Group which has a presence across Northern Ireland is to build a new EUROSPAR food shop and fuel forecourt combination which would create up to 20 jobs.

There is wide support for the application, Matt Crozier, chairperson of Gilford Community Forum which represents the town’s 1,950 population says the proposal is welcomed by his members.

“I have discussed this application with people across Gilford and can genuinely say I have come across no opposition to it.

“Those I have consulted feel that having a petrol station in Gilford again will add to the quality of life of local residents and will prove to be a much-needed resource for the community. Additional to this, the convenience store will provide a level of competition to the limited shopping facilities currently in Gilford, keeping prices down and increasing the range of goods available locally,” says Mr Crozier.

“This will be beneficial to young people and older residents, both of whom have a lesser ability to travel to retail units in neighbouring areas such as Portadown, Lurgan, Banbridge and Tandragee.

“For people living outside of Gilford who pass through regularly, the parking space available will make it more like they will stop and buy what’s available in the shop, bringing in much needed revenue. On top of these benefits, the development will increase employment opportunities locally and improve the appearance of the village”

“The town has been losing shoppers to neighbouring Banbridge, Lurgan and Portadown and we at Henderson Group know from experience of operating these EUROSPAR sites in small towns and villages that they not only stem the outward flow of spend but enhance the attractiveness of their immediate area,” says Mr Adrain.

“We are confident the benefits of a EUROSPAR in Gilford with its supply chain, job opportunities and construction phase will inject new vigour into the town’s retail offer,” he says.

An economic impact assessment of the proposed modern convenience shopping facility in Gilford underlines the company’s intention to generate the majority of the construction jobs locally through the appointment of a local contractor, the majority of whose employees live in the Lurgan/Banbridge area surrounding Gilford.

“We estimate that between 75% and 100% of the jobs of the construction phase will remain within the ABC Council area,” says Mr Adrain.

A key measure of the value generated by such projects to the local economy is Gross Value Added (GVA).

The total contribution of the project to the local economy in terms of wages and GVA during construction is estimated to range from £616,000 to £924,000 of additional wages and £1m to £1.5m in additional GVA.