MLA lends her support to couple cycling from London to Paris 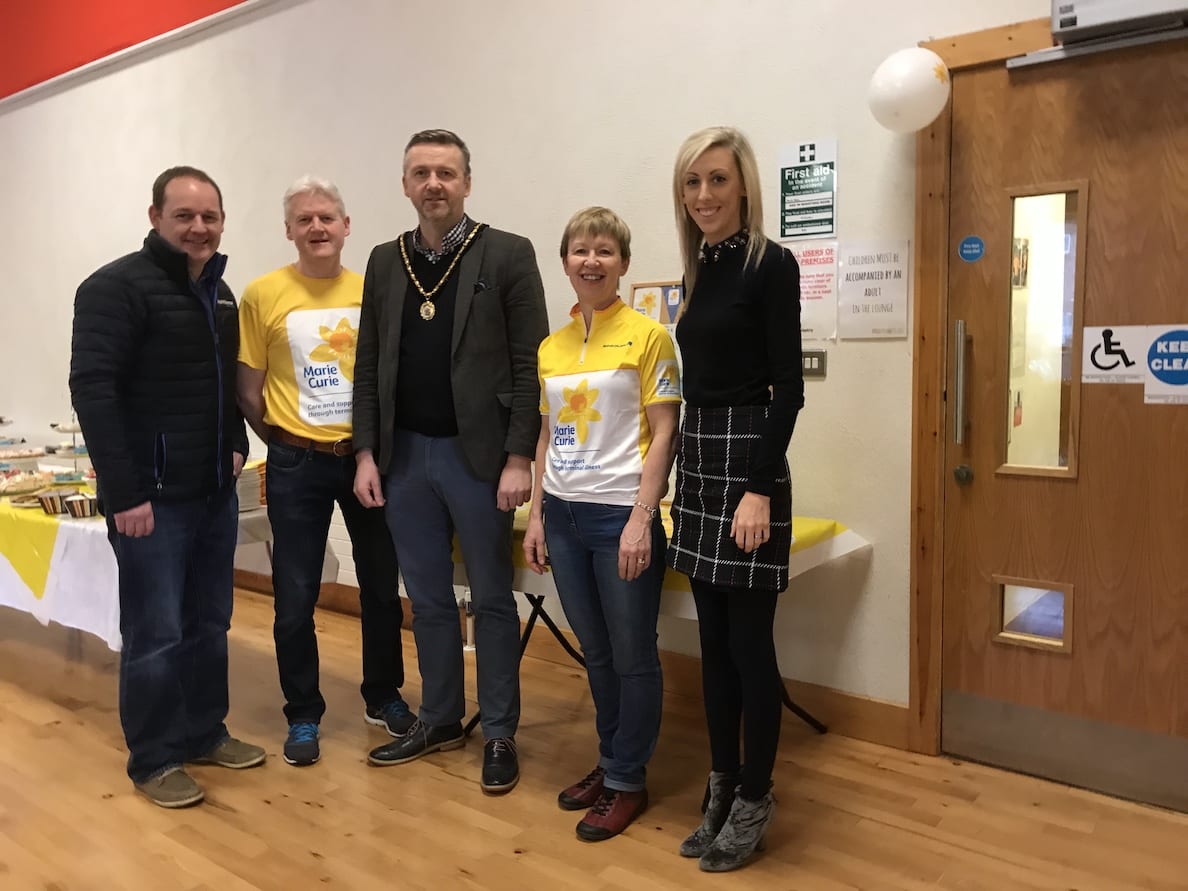 DUP MLA Carla Lockhart has added her support to a fundraiser by a Dollingstown couple for Marie Curie.

Stephanie and Robert Watson are taking on the marathon cycle from London to Paris to raise money for the charity.

The trip has been inspired by Stephanie’s dad who had an ambition of cycling to Paris but passed away in 2003.

Now after signing up for a cycling event Stephanie and Robert are set to head for London in September to cycle to Paris and raise funds for Marie Curie.

Speaking after attending the their fundraising event last week Carla Lockhart said: “This is such a commendable cause.

“Every family is touched in someway by the dreaded disease of cancer. Stephanie and Robert are undertaking an incredible trek from London to Paris and no doubt foremost in both of their minds when they reach Paris will be Stephanie’s dad.

“Marie Curie are well known for the tremendous work they do in the community and are very deserving of this support.

“I go to so many events with fundraising for different charities and it never fails to amaze me how generous people are.

“I hope everyone will get behind this fantastic couple doing their bit for the Marie Curie charity.”