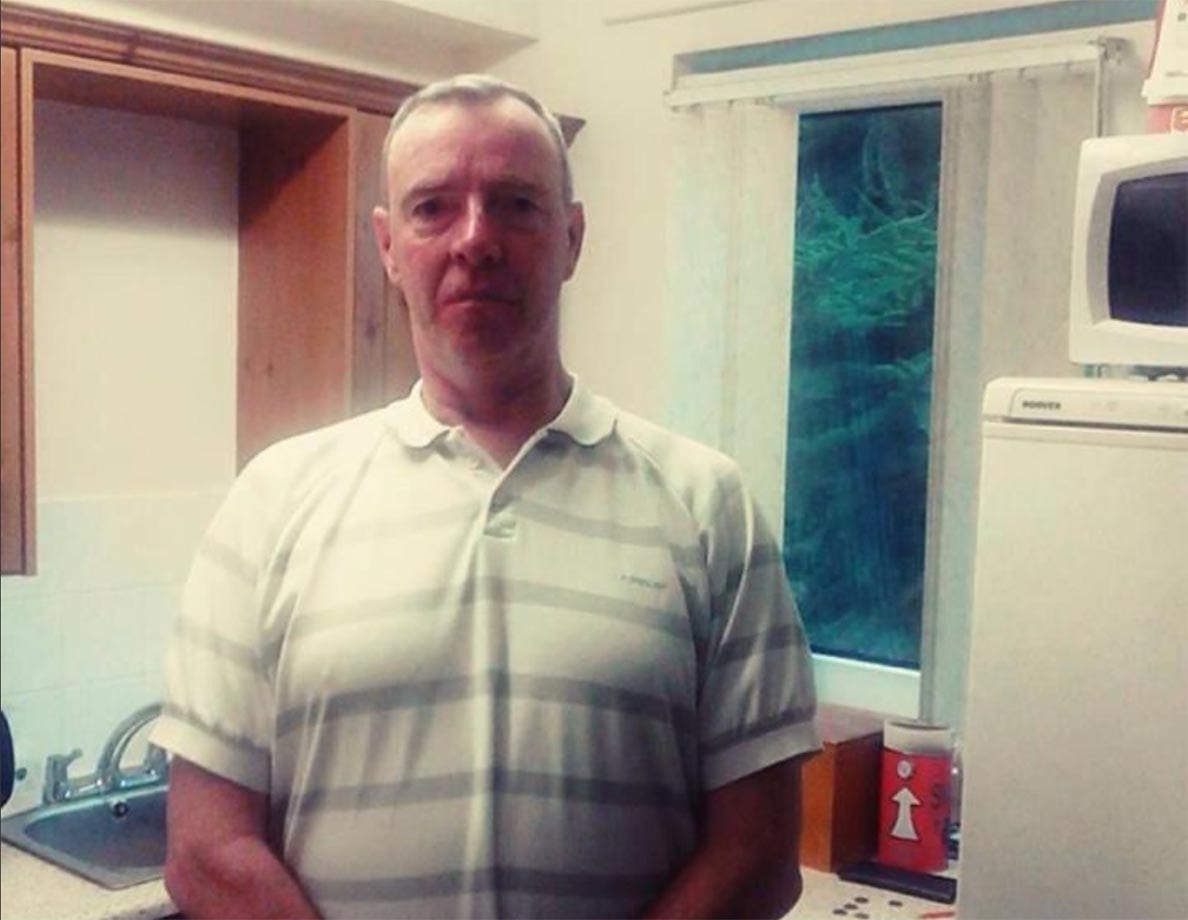 Detectives from the PSNI’s Major Investigation Team have welcomed the sentencing handed down to David Boyd, from Banbridge for the murder of 55-year-old Gerard Richard Scullion in his home in the town on Monday 9th July 2018.

At Laganside Crown Court today (Thursday), 29-year-old David Boyd was sentenced to life in prison, serving a minimum of 12 years.

The senior investigating officer, Detective Chief Inspector Eamonn Corrigan, said: “This was a sickening attack on a man in his own home – a place he should have felt safe.

“Gerard welcomed David Boyd into his company. He considered him a friend but David Boyd cast this aside and murdered him.

“It was a sustained and lengthy knife attack during which Gerard was stabbed multiple times in the back as he lay defenceless, face down on the floor.

“Gerard was a kind, family man, who was well liked within the local community.

“It was clear how well he was thought of, by the support we received from local residents in assisting us with our enquiries during the investigation and we would like to thank them for that.

“This was an extremely effective investigation which included interviews carried out by experienced detectives and evidence gathering which resulted in the conviction of David Boyd. These interviews, supported by evidence from searches, CCTV and witnesses, led to David Boyd eventually admitting what he did.

“It was only when confronted with evidence linking him to the murder that David Boyd admitted his guilt and expressed remorse and this has prevented Gerard’s family from the distress of a lengthy and painful trial.

“However that said, today’s sentencing won’t bring Gerard back to his family and friends and does not justify the ferocity of David Boyd’s unprovoked attack on his friend.

“David Boyd is now behind bars and hopefully this will provide some comfort to Gerard’s family and the wider community.”

The mother, sisters, son Nathan and the family circle of the late Richard Gerard Scullion, in a family statement said: “We would like to thank most sincerely the investigative and legal teams, also liaison officer and his team, all of whom dealt with Gerard’s case, not as a statistic but with humanity and professionalism – and for that we are very appreciative.”