Decaying stately home and estate earmarked for residential use 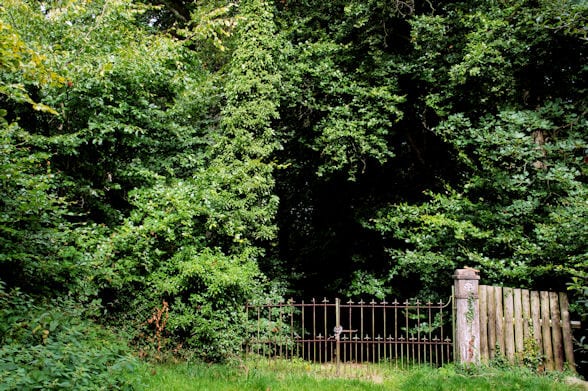 Behind the overgrown gates sits an historic but decaying home with a proud link to the borough’s industrial past.

And now there are plans to restore the property and estate via a new residential development at a cost close to £2 million.

Brookfield House, surrounded by mature woodlands and lawns, sits about a mile-and-a-half from Banbridge, on the Scarva Road.

But it sits covered and sheltered and all but forgotten behind these overgrown gates.

It was once home to the Smyth family, a name synonymous with the local linen and weaving industry.

The original family home dates back to around 1760, tucked in at the end of a long driveway, flanked at its ends by two gatelodges, also sadly in a serious state of decay.

Adjacent to the old Brookfield Linen Weaving Factory, the home remained in the Smyth family until 1993.

But with the end of an era, the house was sold and its contents auctioned off.

Now there are plans to restore the original family home and create five new properties.

Two outbuildings would be demolished, subject to approval, and this would allow a further six houses to be built adjacent to Brookfield House.

And within the three-acre walled garden of the estate – believed to have been built during the famine to give employment to local people – an additional 15 homes would be constructed.

Because of its architectural importance, the house was listed in 1976.

During the following two decades, repairs and renovations were carried out. But in more recent times, fires and vandalism have destroyed much of the fabric of the long-vacant property, leaving virtually a shell.

The company behind the development – Brookfield Properties Ireland Limited – has notified Armagh City, Banbridge and Craigavon Borough Council of its ambitions for the site.

Detailed plans have been submitted for consideration and are due to be formally advertised this month.

The work would also see the restoration of the existing gates, as well as pillars, bridges and driveway.

Approval had previously been given for 39 residential units to be built at this location but that development has not proceeded.

Full planning permission – together with listed building consent – is now being sought and a decision is expected within the next couple of months.

Picture: The private entrance of Brookfield House. © Copyright Albert Bridge and licensed for reuse under this Creative Commons Licence