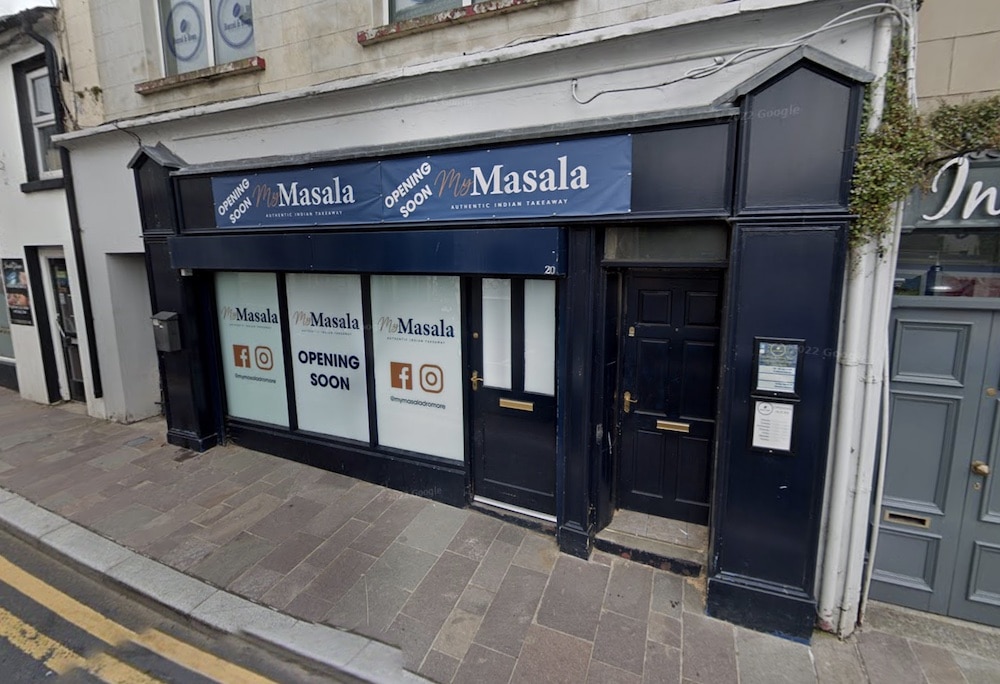 A new hot food takeaway could be on its way to Dromore.

An application to open the town’s latest eatery has been submitted to Armagh City, Banbridge and Craigavon Borough Council for consideration.

The proposals relate to a vacant unit at 20 Bridge Street.

The new enterprise is in the name of Abdul Hamid.

According to the application, the earmarked premises was last used as a leisure club and pool hall.

And if the updated outside is anything to go by, it looks set to become and Indian establishment.

The application is seeking a change of use to open this takeaway.

If successful, it has been estimated that three new jobs would be created.

The proposals will be publicly advertised shortly.