Former Banbridge police station with ‘development potential’ up for sale

Now in a state of disrepair, the prominent town centre property - believed to be over 160 years old - is up for sale with a guide price of £150,000 for would-be buyers 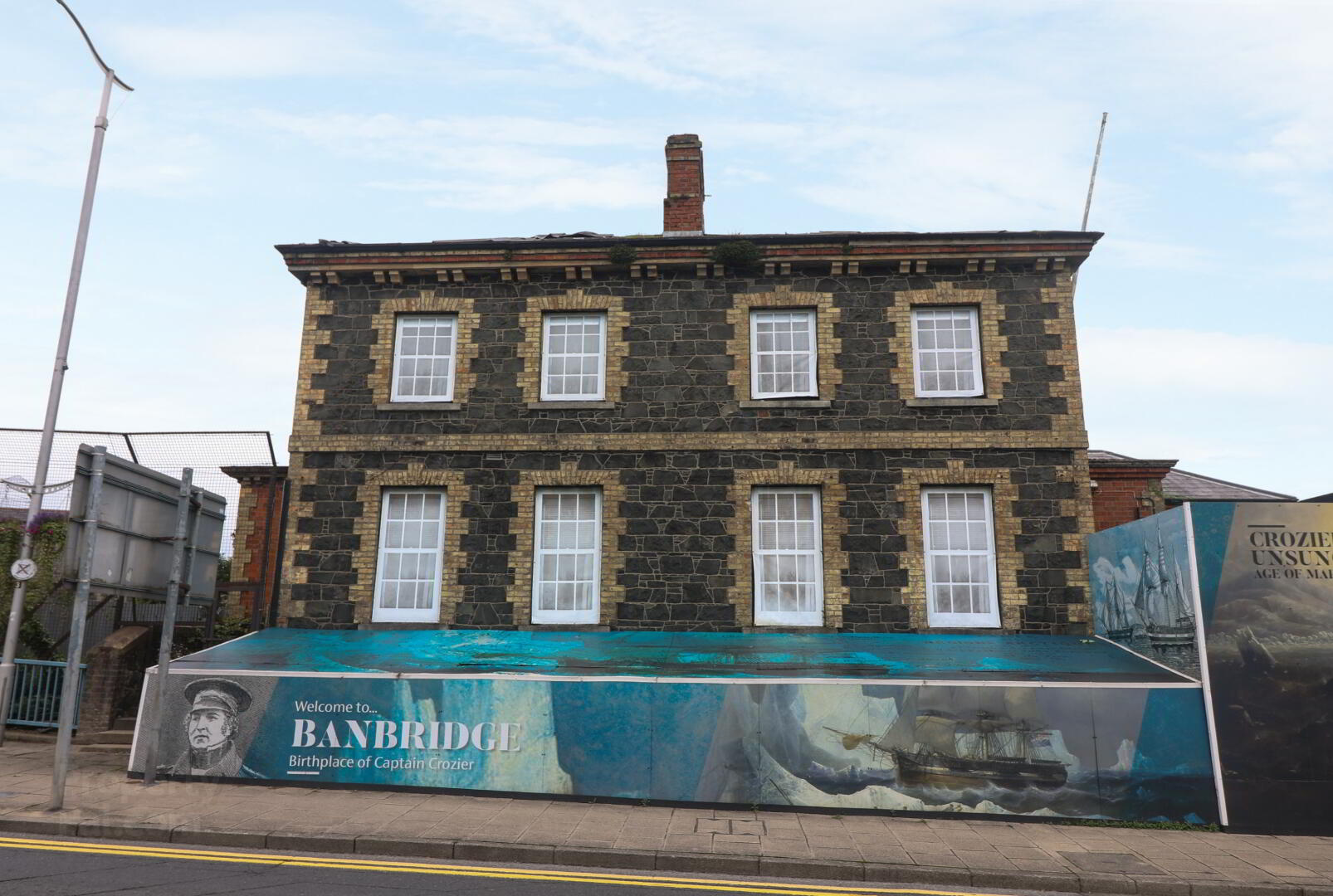 The former police station in Banbridge has been placed on the market for sale.

The property – at Church Street in the town – is being marketed as “development land”.

Belfast-based commercial property consultants Osborne King are advising would-be buyers that it is suitable for a variety of uses – subject to planning approval.

The property sits beside Seapatrick Parish Holy Trinity Church and the site for sale – which extends to 0.22 hectares – includes land to the rear of the church.

Banbridge Police Station – and living quarters – was built around 1860.

It is described as being on a “self-contained site” adjacent to the River Bann with “prominent frontage onto Church Square”.

For sale is the actual Grade B1 Listed two storey building, which sits over a basement, made up of the old police barracks, which comprised a mixture of former offices, cells and ancillary staff accommodation.

These are described as being in a state of disrepair, allowing for “refurbishment/redevelopment subject to planning”.

The old police station was built originally as the Downshire Estates Office before being taken over by the Royal Ulster Constabulary.

It has been vacant for many years and is regarded by most locals as an eyesore at a busy junction at the foot of the town.

It fell into a state of dereliction after a new station opened in the 1990s, the current PSNI presence now accommodated at a modern station on the Castlewellan Road.

It is now to be hoped that a new buyer could bring the building on such a central and prominent site back into prominent use for the benefit of the town.