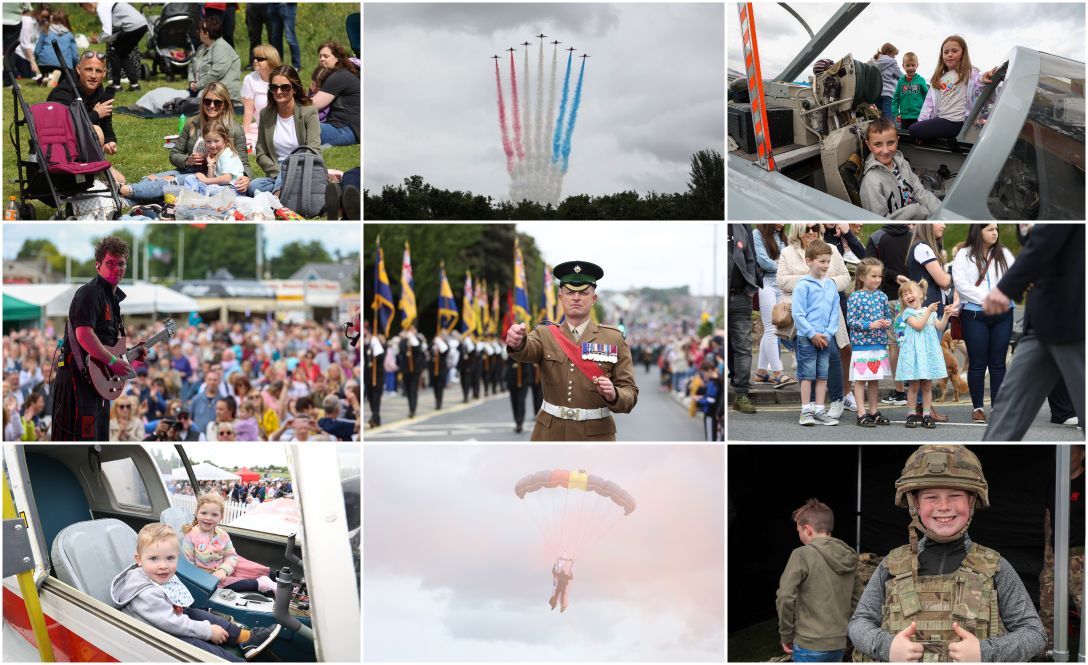 Celebrated throughout the UK in June every year, Armed Forces Day presents an opportunity to recognise serving personnel from all three services – army, navy and airforce – for their hard work, discipline and bravery whilst also paying tribute to veterans whose service will never be forgotten.

Such was the success of this year’s event held on Saturday, June 18 in Banbridge that the council has confirmed it would be eager to host the event again.

The issue was raised by Banbridge representative and former Lord Mayor,  Alderman Glenn Barr who said he wanted to congratulate the council and thank those who turned out in support of the event.

“Perhaps Lord Mayor, in your letter to the hosts you could make it clear that we would like to host the event again,” he said.

“It was a fantastic day and I just want to congratulate council and thank the visitors who came out to support Armed Forces Day in such numbers.

“Hopefully we make it clear that we would like to host it again in the future.”

Council’s Lord Mayor, Councillor Paul Greenfield confirmed he was already letting it be known the council would like to host Armed Forces Day again.

“I think from about 12:30pm on the day I was bending peoples’ ears to ask if they would come back again,” he said.

“One comment was made that they were very impressed with Banbridge and there have been emails to myself and the chief executive already so certainly we will be replying to express our interest in the event returning. It was a great day.”