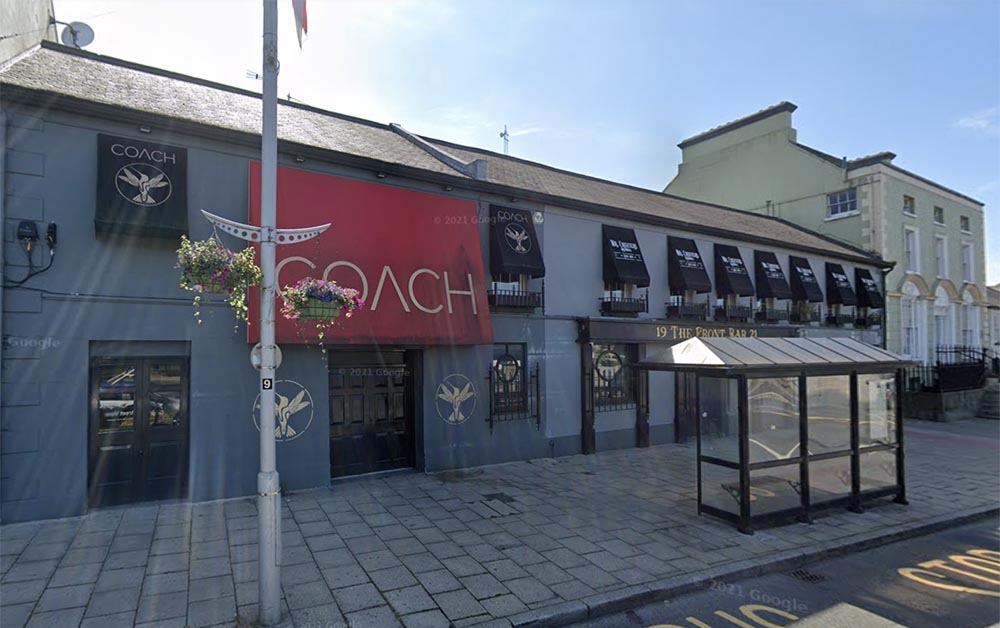 Plans to convert the famous Coach night club in Banbridge into a new church building have been given the blessing of ABC Council.

Armagh I revealed in April that the Grace Generation Church had set its sights on opening new facilities at the prominent town centre location.

And this week, Armagh City, Banbridge and Craigavon Borough Council have given the proposals the thumbs-up.

The Coach Complex, which includes nightclub, bars and restaurant, shut its doors for the last time when it became a high-profile casualty of the Covid-19 pandemic.

The proposals now approved are for a a church-backed, community-based development.

The Coach Complex is located at Church Square, at the foot of the town of Banbridge, not far from where its new developer was located.

The Grace Generation Church, at a site along Church Street, had sought to move its popular outreach activities and facilities to the new and more central venue.

The development would be a major move forward for the Grace Generation Church, which this year marks 10 years since it was founded in the County Down town.

Under the leadership of Pastors Paul and Helen Cupples, its own website proclaims that, from small beginnings the church has grown and developed into an effective ministry hub within Banbridge, which has a strong family ethos with people from all ages and walks of life.

The actual planning application was for a “change of use from public bar and nightclub to community building”.

It was to “include ground floor community hall, Bean There coffee house, Storehouse food bank”, as well as a “first floor multi-purpose room and meeting area”.

It is the intention to provide a ground floor community hall, and it is here that the Bean There coffee house – a not-for-profit organisation which opened in 2013 – and Storehouse Foodbank – also nine years operating and having helped hundreds of people of all ages, with food parcels and assistance during that time – would find their new home.

The community hall would be located largely in the nightclub area, with the Storehouse Foodbank where VIP Room 1 was, and the Bean There coffee house in the area which would have included the rear bar, front bar and lounge.

Meanwhile, the first floor of the prominent town centre property would be transformed to provide the multi-purpose room and meeting area.

The multi-purpose room would be located where the current function room is to be found, and adjacent to it, the cocktail bar is now earmarked to become the meeting area.

In all, the new-look building would boast floorspace of close to 28,500 sq ft, with a total of five staff based there on a daily basis.

Planning officials – considering what is offered by the church and by the previous Coach enterprise – are satisfied the new use is fitting.

In their professional summation and in making a determination, they advise: “The extant use on the site included the serving of food. As such, the use proposed is betterment, in terms of amenity than the existing use.

“The internal layout and configuration makes use of the existing spaces and is designed to be sensitive to the existing buildings surrounding the site, ensuring there is adequate separation to protect existing amenity.

“Officers – in consultation with the Environmental Health Department – are content that the proposal will not give rise to any significant deterimental impact on amenity.”

Planners also are of the view that “satisfactory access, parking and sewage disposal arrangements” are in place, and point out that the development – which is for change of use with no additional building work – is in keeping with the “site and character of the settlement and its surroundings”.

In its heydey, the Coach was one of Northern Ireland’s top nightclubs and ranked alongside the Arena in Armagh and Lush! at Kellys in Portrush, in terms of popularity with crowds of young revellers.

During the 1980s and 1990s, the Coach enjoyed its most popular times and for many it was the first taste of a social life after the toils of school, university and early working life.

It was taken over by Osiris in summer 2014 and re-launched to much fanfare after a £1 million rebrand and revamp.

The Coach continued to draw in the crowds but, with lockdown, it, like many venues across Northern Ireland, looked at a challenging and uncertain future.

It continued to stream lockdown music sessions online in the early days of the pandemic but the writing was on the wall and, in November 2020, the bombshell was dropped on what was, at the time, Northern Ireland’s oldest nightclub.

It has in the interim attracted the interests of a new occupier and the church – which drew up proposals and made a formal submission in the spring – can now look forward to a fresh outlook and outreach in Banbridge.

For a full planning approval notice – containing a number of minor conditions – has been signed off on Wednesday and will now be forwarded to the applicant to allow the change of use to proceed.