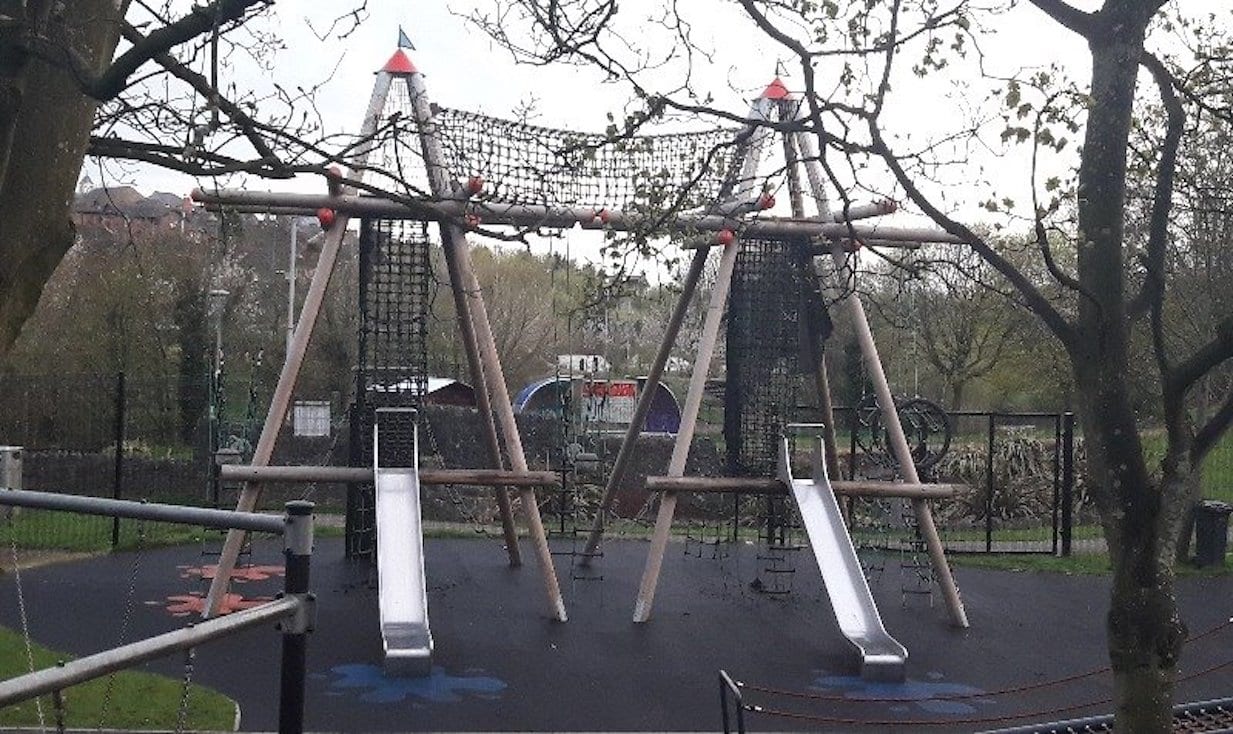 A children’s play park was set on fire by mindless vandals in Banbridge during the early hours of this morning (Tuesday).

Police are appealing for witnesses and information following the incident in Solitude Park.

A PSNI spokesperson said: “Unfortunately last night whilst out on patrol we discovered that the main climbing frame in Solitude park had been set on fire, causing damage to the safety netting and ropes

“A quick response from our local NIFRS members ensured that the frame was not completely destroyed.

The state-of-the-art play park was only opened in July 2016 following a huge £300,000 refurbishment by Armagh City, Banbridge and Craigavon Borough Council.

“I want to first of all commend the local police force who intervened swiftly in the early hours of this morning,” he said.

“It was this swift intervention that significantly limited the damage caused. I want to also thank the Fire Service for their efforts.

“The mindless actions of those involved serve absolutely no purpose. Nothing is to be gained from setting fire to a children’s play park.

“Those behind this attack have little to offer and their actions will be met with anger and disgust from the local community.

“The climbing frame has suffered considerable damage – in particular the ropes and safety netting.

“I have been in touch with council staff this morning to request that the park is assessed before it is opened to the public.”