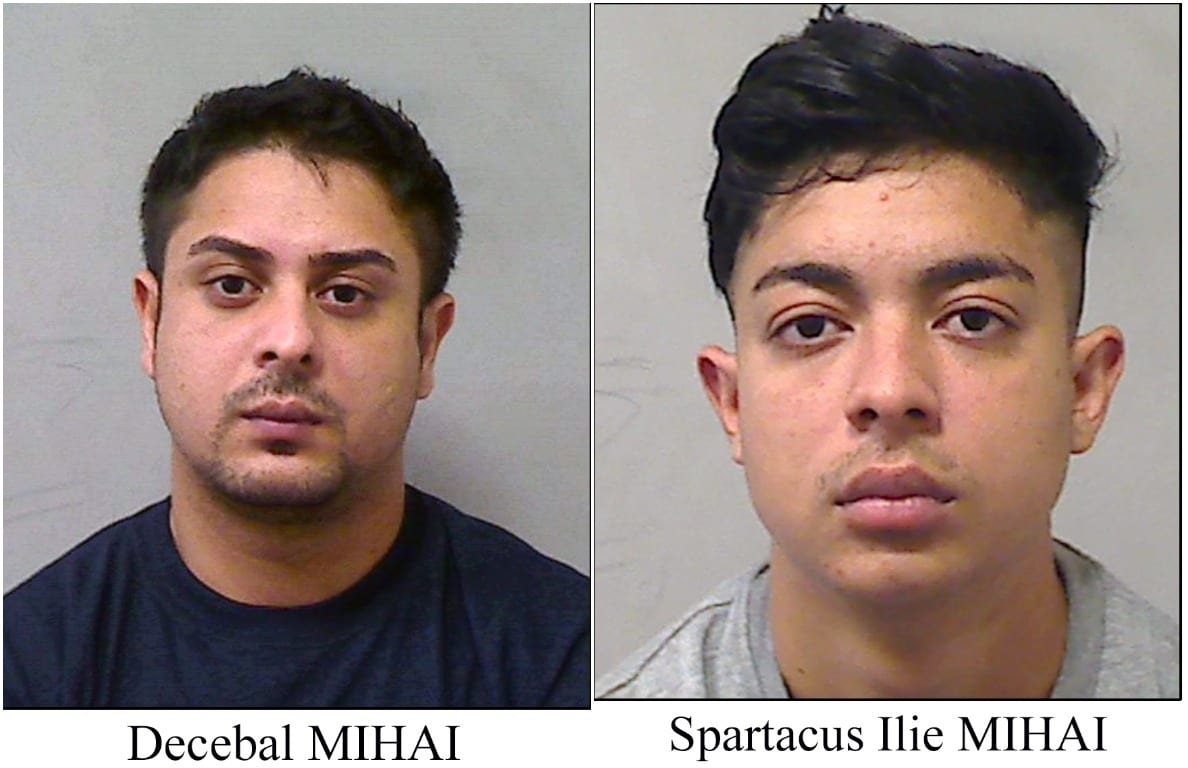 Decebal Mihai was sentenced to four years, half of which will be spent on licence.

Spartacus Mihai was sentenced to three years, with half of his sentence also spent on licence.

Detective Chief Inspector Mark Bell, head of the Police Service of Northern Ireland’s Modern Slavery and Human Trafficking Unit, said: “Victims of human trafficking experience the most horrific of ordeals. Their captors subject them to a degrading life which violates their human rights and denies them their rights to life, freedom and safety.

“The brothers were part of a Romanian organised crime gang involved in trafficking females into, within and out of Northern Ireland for the purposes of sexual exploitation.

“We received valuable information from a member of the public which led to the start of this proactive human trafficking investigation and as a result we carried out searches in properties on the Newtownards Road in east Belfast and at Kenlis Street in Banbridge in May last year.

“At both addresses we discovered women aged between 19 and 30 who were identified as potential victims of sexual exploitation.

“All four women agreed to voluntarily go with Detectives to be spoken to, but sadly those victims did not engage with police and seek the help they needed. It is unbearable to think what those victims have been through – they couldn’t understand or speak English and probably didn’t have access to much money.

“Understandably they were absolutely terrified and for all these complex reasons they would not co-operate with police, but thankfully these victims no longer have to endure this life of being exploited sexually on a regular basis.

“However, the PSNI is absolutely committed to stopping the appalling activity of those involved in human trafficking, bringing them to justice and taking the unfortunate victims of this despicable trade to safety. And we were able to progress the investigation without the victims’ accounts.

Detective Chief Inspector Bell added: “This was a particularly distressing case. The victims were all reluctant to speak or say they had been trafficked but displayed many of the tell-tale signs such as visible unexplained bruises on their bodies, not knowing their address and not being able to speak much English.

“One of the victims admitted she was a prostitute but was too afraid to give evidence against the brothers. During the course of the investigation we discovered that one of the victims, who was only 19 at the time, had been arrested for stealing condoms from a shop in Banbridge.

“During our enquiries officers found 25 different telephone numbers linked to Decebal Mihai – 10 of which were linked to websites advertising escorts.

“We also identified seven telephone numbers which were linked to Spartacus Mihai, five of these were found on websites advertising escorts.

“Decebal and Spartacus Mihai were arrested in May 2017 at their homes in Belfast and Banbridge respectively for a number of Human Trafficking offences, controlling prostitution and money laundering. Evidence of sexual exploitation was also recovered from electronic devices seized during the search operation.

“Despite the women being reluctant to give evidence, we were able to disrupt their heinous activities and put them behind bars where they belong without their victims having to endure court proceedings.

“I would urge anyone reading this, who may be aware of someone being exploited, to contact the Police Service of Northern Ireland.

“I know it can be hard to believe that this type of crime exists today but it is all too real, especially for the victims. They are often afraid to speak out or unable to report their ordeal to police for a number of reasons including language barriers or simply because they are held captive. It’s for this reason we all need to work together to help victims and stop this unacceptable crime.”