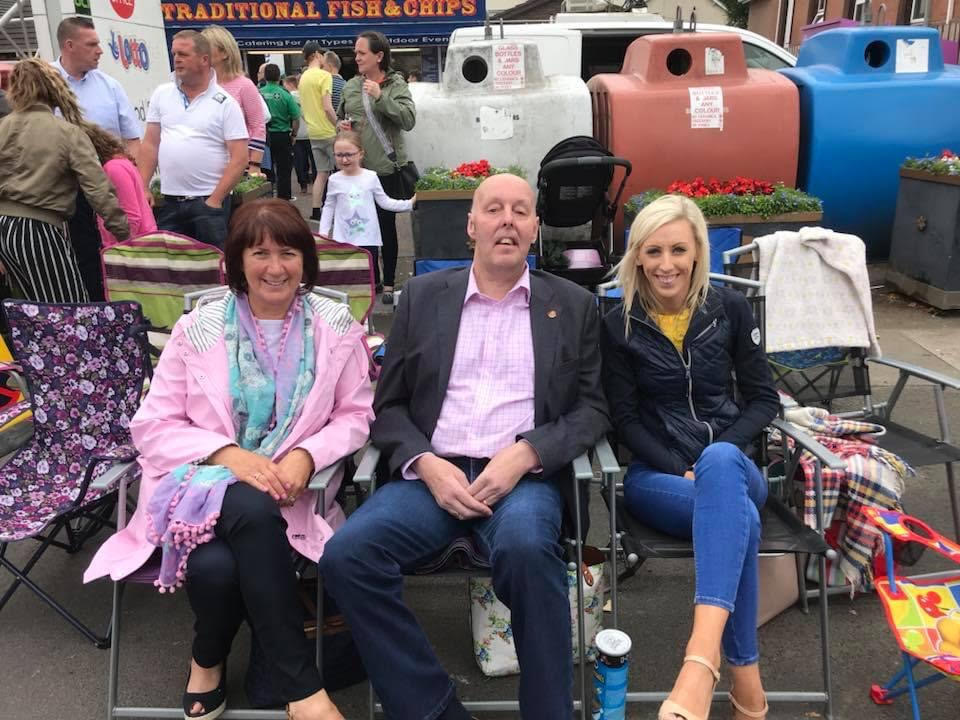 The 57-year-old was a sitting member of Armagh City, Banbridge and Craigavon Borough Council.

Despite battling a long-term illness, Alderman McCrum’s passing on Wednesday evening has come as a shock to many in the community he served as a DUP councillor with distinction for almost two decades.

Alderman McCrum, who was also chair of the PCSP for a period, was first elected to the Banbridge Town DEA in 2005, alongside party colleague Jim McElroy.

He held in seat in each of the subsequent elections before moving over with the amalgamation of the Councils in 2015, where he continued to serve his constituents with an honest dedication and commitment.

He is survived by his wife Sharon, children Charmain, Ruth and Matthew.

DUP Upper Bann MP Carla Lockhart has expressed her sympathy to Alderman McCrum’s family and friends and paid tribute to his work as an elected representative.

“It was with real sadness this evening that I learned of the death of my Upper Bann colleague Junior McCrum,” said Ms Lockhart.

“To Sharon, Charmain, Ruth and Matthew I extend my deepest sympathies.

“Their care for Junior over the past couple of years is testimony to their love as a family.

“First and foremost he was a Godly man who lived his life by his Christian principles. Never ashamed to speak of his Saviour or take a stand for what he believed was right.

“Junior was also a dedicated public servant and lifelong DUP member and long serving councillor. He has served the people of this area faithfully over many years and his loss will be keenly felt by all who knew him. No matter what the problem or time of day, Junior put others first and sought to help in any way he could.

“I always referred to him as my second Dad as he treated me like a daughter. He covered hundreds of miles on the canvass trail for me and colleagues over the years and on days when it was freezing cold and numbers were few, Junior was there with his heated seats and sometimes a warm drink.

“Whilst it is a very personal loss because of how he looked after and supported me over many years, our thoughts are very much with his family. Our thoughts and prayers are with them as they now organise a funeral but also for the weeks and months ahead as Junior will be greatly missed.”

Independent Unionist Councillor Paul Berry expressed his deepest sympathy to Sharon and her children on the very sad passing of Junior.

“I have known Junior for many years and have had the pleasure of serving on the Council with Junior from 2015 in the New ABC Council,” said Councillor Berry.

“Junior has been a faithful and dedicated public servant for many years and during many Council meetings it was clear he loved serving his constituents and representing his community, Towns and Villages with pride and passion.

“He will be greatly missed by the local Community and our thoughts and prayers are with Sharon and the family circle at this very sad time.”

Lord Mayor, Alderman Glenn Barr, said: “I am deeply saddened to hear the sad news of the passing of Alderman Junior McCrum this evening.

“Junior was a dedicated Councillor in the Banbridge DEA, the same as myself, and worked tirelessly over the years for his constituents.

“Whilst I know he had been in ill health recently, his passing has come as a shock to us all and we send our thoughts and prayers to his wife Sharon, his children and family circle.”