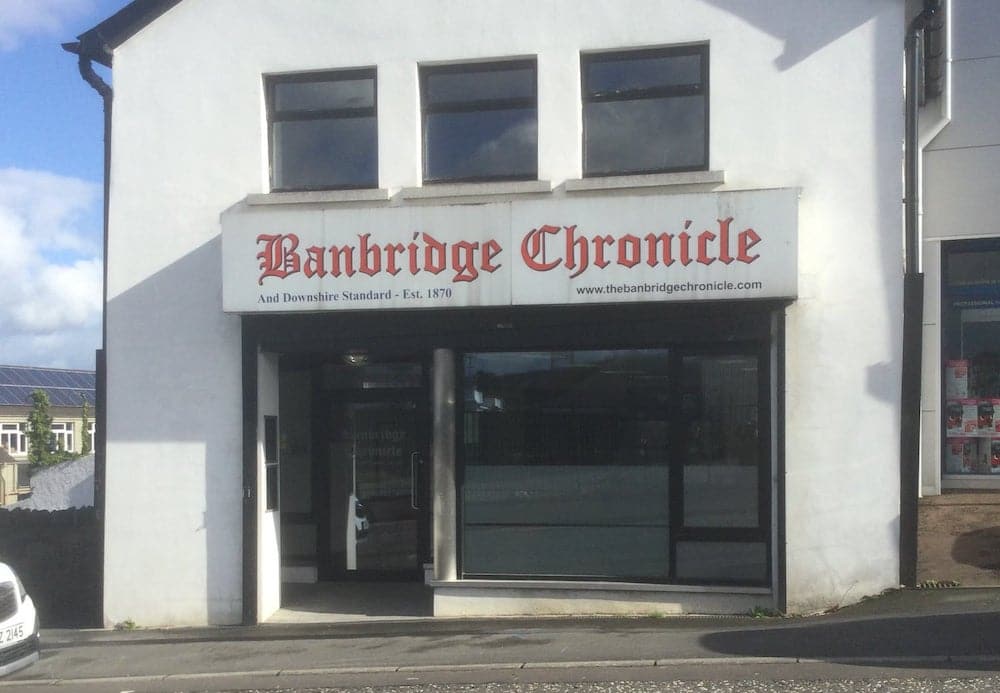 The Banbridge Chronicle is to cease publishing at the end of the month, the newspaper has announced.

The County Down newspaper, which is owned by the Hodgett family – who also own the Newry Reporter – made the announcement on social media on Tuesday afternoon.

“It is with the utmost regret that the Banbridge Chronicle has to announce that after 151 years serving our local community, the end is in sight,” the statement read.

The company cited “gradually declining trading conditions in print media for the past number of years” as well as “a perfect storm” of commercial difficulties during the Covid-19 pandemic.

The statement continued: “The newspaper is unable to continue and will publish its last edition at the end of October, unless other arrangements can be made.

“Our immense gratitude to our wonderful staff, present and past, readers, advertisers, contributors and suppliers is undiminished.”

The newspaper, along with its sister title in Newry, had temporarily ceased printing during the early parts of the pandemic, however, today’s news is a further blow to local media in the area.