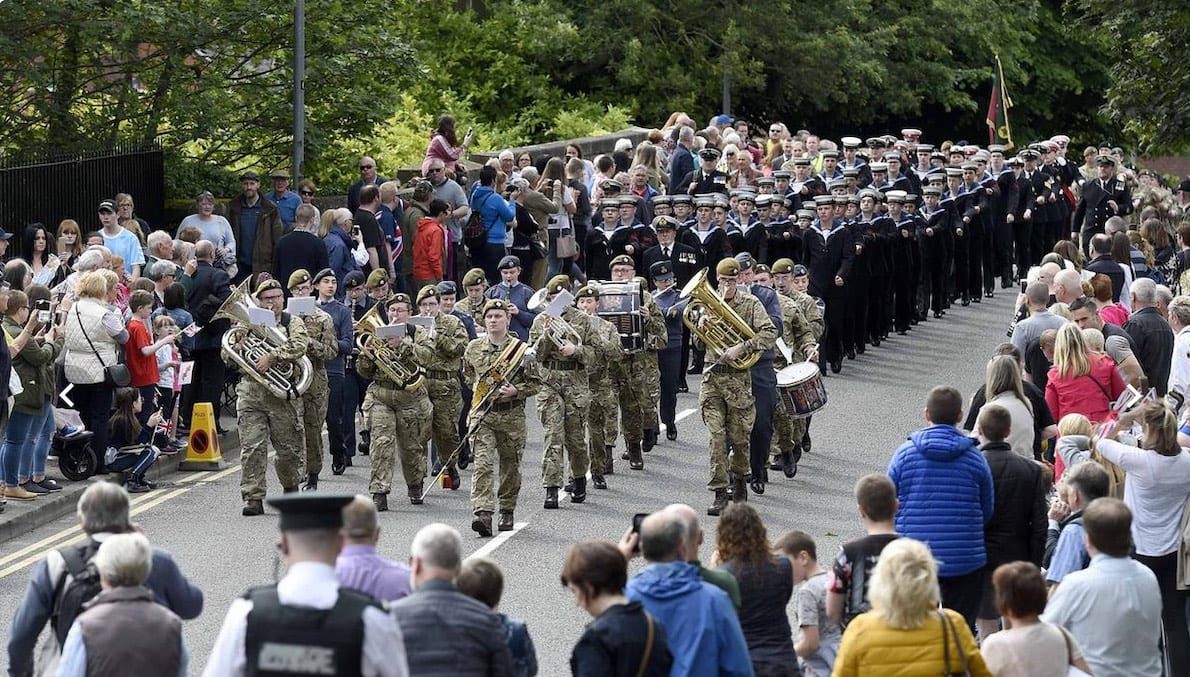 Thousands of people are expected to visit the borough for the annual Armed Forces Day after it was confirmed Banbridge would be host for the 2020 activities.

Lisburn last played host to the occasion and at that time 15,000 flocked to the town.

Now the event – which will include a morning and return parade – is to be staged in Banbridge on Saturday, June 27.

It comes after a notice of motion asking that the possibility of staging Armed Forces Day in the ABC Council area was approved in 2018.

The man who brought the motion was Ulster Unionist Alderman Glenn Barr, who said he is “over the moon” at the decision to bring it to Banbridge.

It was after the notice of motion won majority backing that council entered into negotiations to act as host with the Reserve Forces and Cadets Association Northern Ireland.

Said Alderman Barr: “I said from the outset that Banbridge would be the ideal location given its proximity to the A1 corridor and its military connections.

“In fact from the outset of my political career back in 2010 I have lobbied for Banbridge to host a significant military event, which is why this means so much to me.

“There will be approximately 500 Service personnel and veterans participating, with the parade going through the town centre at around 10.30am and returning at approximately 5.30pm for the Beating of the Retreat.

“The afternoon’s entertainment will begin around noon and will feature a programme of displays, activities, music and events suitable for all ages.

“This is a major coup for the council and indeed Banbridge and I would like to thank the council officers for their support in bringing this to Banbridge.”

And he added: “Last year over 15,000 people visited this event in Lisburn where they were treated to a fly past by the Red Arrows, parachute display landings, steals and stands. The main event was a tri-service military parade of serving soldiers and veterans.

“This event will bring people to the County Down town from all over Northern Ireland and further afield. It will enhance tourism to the wider area and bring added footfall to the towns and villages.

“This is good for Banbridge and the wider council area. I commend my colleague Glenn Barr and all those who helped bring this fantastic event to Banbridge and I look forward to attending.”