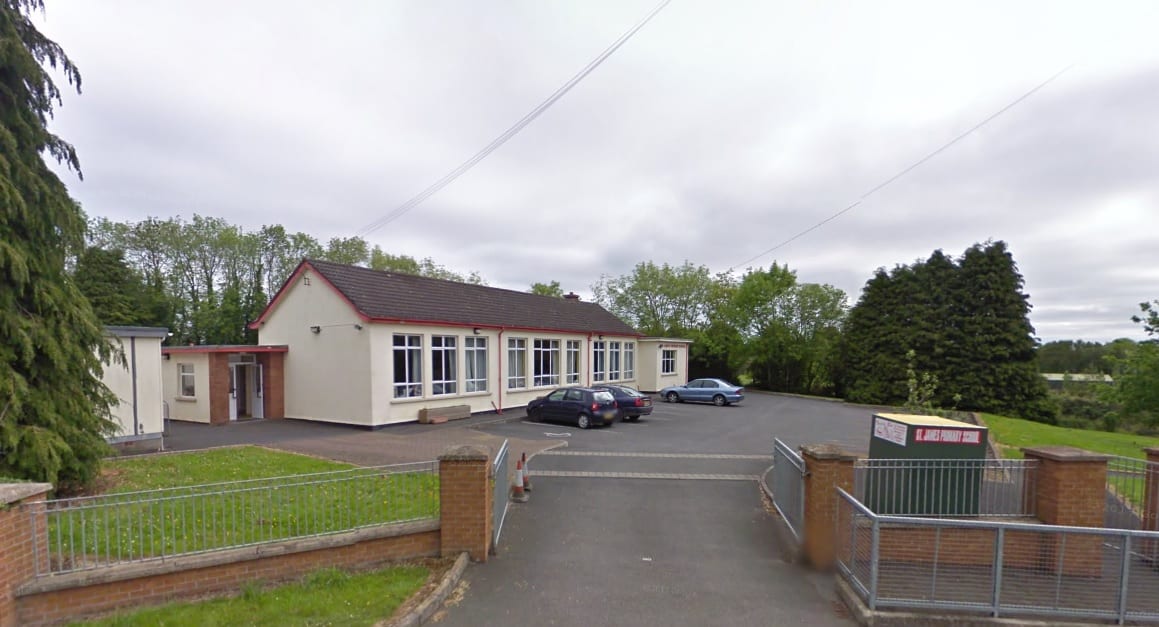 A rural County Armagh primary school has been earmarked to close next year – despite vehement protests from the local community.

St James’ Primary School at Mullaghbrack is one of a list of schools which had been recommended for the axe as part of the Area-Based Planning for the Primary School Sector in Northern Ireland.

This week a formal development proposal has been published which would see the school – which falls within the Parish of Tandragee – close by the end of August next year or “as soon as possible thereafter”.

In 2012, Education Minister John O’Dowd commissioned the five education and library boards – working closely with the Council for Catholic Maintained Schools and other sectors – to prepare Strategic Area Plans for the restructuring of primary education in their areas.

What followed was a period of public consultation on the various proposals, which ran from the middle of March until the end of June 2013.

A report detailed the responses and went back to the SELB at the end of August of that year.

A number of specific points had been made in relation to St James’ Primary School, Drumatee, not least that it would “impact negatively” on the local community.

It was stated that this was “the only Catholic school in the wider Markethill area” and, if the proposal proceeds, there will be “no provision within reasonable travelling distance”.

It was argued that St James Primary provides a good standard of education and “serves an isolated minority community well”.

It was also claimed – and contained within the summary report – that consultation by the CCMS had “not involved the main stakeholders and had not proposed alternative options for parents in the event of closure”.

It was stated as part of the exercise that issues arising in respect of specific school proposals, which were detailed in the area plans, would be addressed by the individual boards, while those relating to Catholic Maintained schools would be considered by CCMS.

Today the new Education Authority – which replaced the five boards – published the development proposal for the closure of St James’ Primary which had been brought forward by CCMS.

It is currently on show at the former Southern Education and Library Board headquarters on the Mall and those wishing to object have two months to do so.