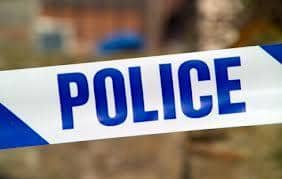 TWO men – one brandishing a gun – hijacked a jeep in Crossmaglen on Friday.

According to local Sinn Fein Councillor Terry Hearty, the incident happened on the busiest day in Crossmaglen, at around noon on Friday, and in front of many eyewitnesses.

He said the culprits were travelling in a silver car which was rammed by another vehicle from behind on Crossmaglen’s Newry Street. He also claimed that the men responsible had earlier been involved in an assault on an individual in the Culloville area.

Councillor Hearty said: “This was a shocking incident for the driver and passenger of the jeep and for other onlookers.  This incident took place on the busiest day of the month in Crossmaglen as the monthly fair was underway on the Square.

“The community group United Ireland – Crossmaglen Creggan Upper – was also launching their campaign and opening their office at the time which added to the volume of people in the town.

“Eyewitnesses have told me that the men in the silver car hijacked the jeep at gun point. I want to condemn outright this incident which could have resulted in loss of life.

“These men have very little regard for the people of Crossmaglen and I hope that the police catch them and return the jeep to its rightful owner.”