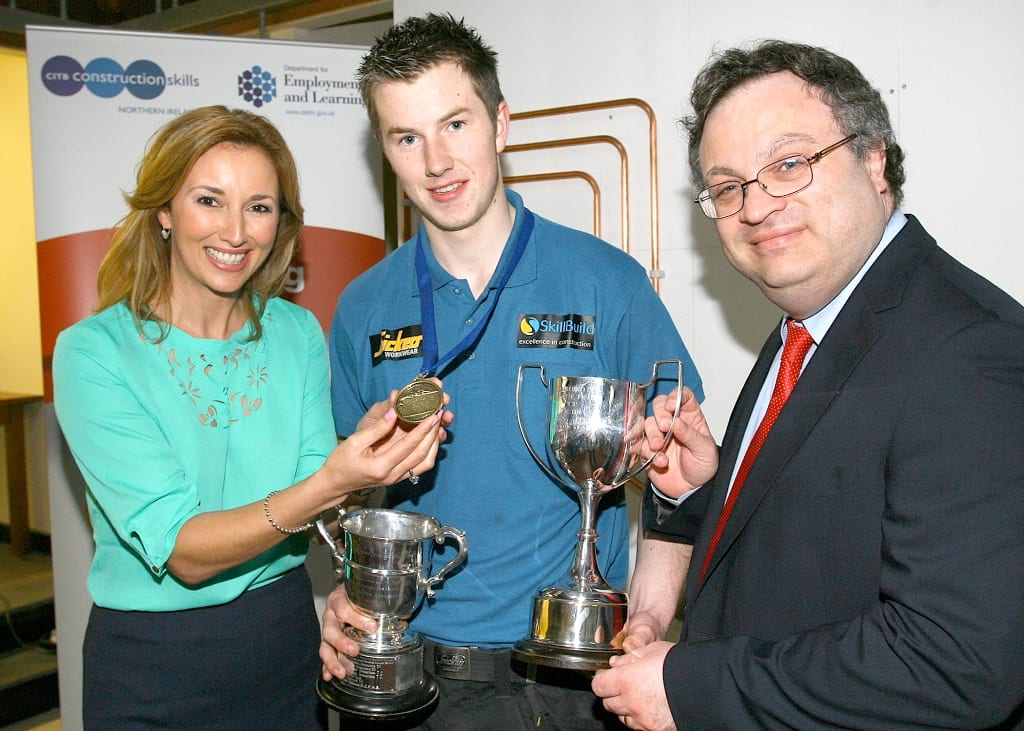 If you thought Brazil was all about next year’s Olympics, think again!

Gary was selected to represent Team UK in Plumbing at the event, which runs from August 11 to 16, after excelling in Squad UK and the WorldSkills UK National Skills Competitions. WorldSkills is the largest international skills competition in the world. Held every two years, the competition sees around 1000 young people, aged 18-25, from all over the world come together to compete for medals in more than 45 different skills including Electrical Installation, Welding, Web Design, Cooking and Bricklaying.

Gary is a Plumbing Apprentice from Kinallen, Ballyward and is employed by Kieran Trainor Plumbing and Heating.

He has won numerous competitions and awards at both local and national level since starting his apprenticeship at Newry Campus and had to go to Brazil and Germany for two weeks of intensive training with the Brazilian and German squads, as this was part of the final elimination process.

At the final selection event Gary was up against competitors from Germany, Italy and Switzerland during the process and had the top mark. Tutor Ronnie Ferris stated: “Gary is one of the best students I have ever had the pleasure of working with and his achievements so far are a credit to the hard work and dedication that he has put in over the past four years since joining the College.

“He also requires the help of his employer Kieran for support and understanding, as quite a lot of time is involved training and travelling. I wish him all the best in Brazil at the WorldSkills Finals!”

Gary and his six others Worldskills team-mates will be first travelling to London for a reception for the UK Team, before jetting off to Sao Paulo.

WorldSkills, the skills equivalent of the Olympics, encompasses more than 45 different skills such as aircraft maintenance, IT network administration, welding, web design and mechanical engineering.

Derek Baker, Permanent Secretary at the Department for Employment and Learning, hosted a reception for the young hopefuls and said: “I know that you have all worked very hard over the last year and a half through the various selection stages. I would like to congratulate you on your dedication and commitment. I know it will stand you in very good stead in your future career.

“I would also like to thank your employers, lecturers and training managers who so willingly give up a great deal of their free time to share their expertise and work with you to ensure you are trained to world class standards. I wish you all the best of luck in Brazil.”

The UK Team of 41 young people will compete in 37 skill areas ranging from stonemasonry and carpentry through to cooking and beauty therapy.