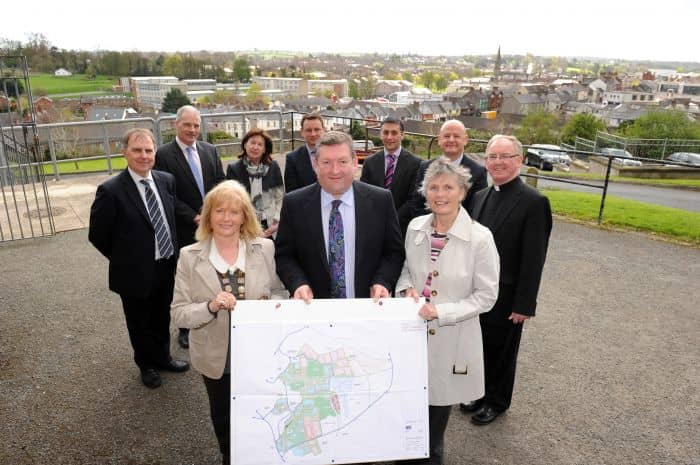 Two primary schools in Moy are to be housed on one site as the first three of Education Minister John O’Dowd’s ‘shared education’ campuses to proceed to planning stage were revealed today (Tuesday).

Whilst each school will retain its own distinct ethos and identity, it is envisaged that the two schools will share facilities, such as the multi-purpose hall, play areas, library and ancillary accommodation.

It was in January 2014, that the Minister launched the Shared Education Campuses Programme, with a deadline of 31 March for receipt for expressions of interest.

Under the Executive’s ‘Together: Building a United Community’ initiative, a target has been set of commencing work on 10 campuses within the next five years.

And one of those hoping to be successful was a joint bid for a shared city-wide campus in Armagh, bringing together a total of 15 organisations.

Almost a year after four Armagh schools came together to endorse a shared education campus in the city, a total of 13 local schools, alongside the Southern Regional College and Armagh City and District Council, came together to back an expression of interest in ‘Armagh – A Learning City’, which was submitted to the Department of Education’s Shared Education Campuses Programme.

Armagh bid proposed networked linkages between schools, combining at centres of excellence across the city that would have provided access to state of the art teaching and learning facilities across a range of disciplines.

The bid has not been named amongst the first tranche of three.

Delivering his decision today, Minister John O’Dowd said: “I believe shared education has the potential to deliver real educational benefits, to ensure best use of resources and to further community cohesion.

“The Shared Education Campuses Programme provides schools with the opportunity to build on existing sharing arrangements and access funding to help improve or provide shared facilities. We received a significant level of interest in this programme with 16 applications. I am pleased to be in a position to announce the first three projects to be supported.”

The three projects selected today, however, were:

“This was the first call for projects and I am conscious that the limited time meant not everyone was able to have proposals worked up in time for the deadline. Therefore as well as approving the three projects to be advanced through to a detailed business case, I am announcing that a second call for projects will open in September this year.

“I look forward to further innovative shared proposals coming forward at that time. Those that were unsuccessful in this announcement will receive feedback on their proposal and can resubmit it if appropriate, to this second call.

“I am confident that we will have additional successful projects to announce in the future that will help achieve the target of 10 new campuses commenced in the next five years.”