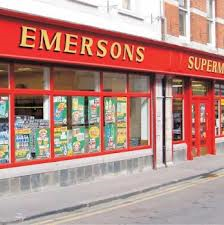 A public consultation exercise has been launched into proposals to close the Post Office in the shopping centre at Thomas Street in Armagh and relocate it to Emersons Supermarket.

The move, if it is agreed, would also see opening extended to 79 hours a week, which would include Sundays.

There would be four serving positions, a mixture of screened and open plan, with the aim being to modernise the network and extend hours.

The public consultation runs until April 25.

If approved it would be the first part of a major expansion for Emersons Supermarket, located at Scotch Street.

The Walker’s premises has since closed altogether and the Regatta shop relocated to Thomas Street.

Speaking at the time, supermarket owner Gavin Emerson confirmed he will be expanding his business, which in turn will lead to the creation of a number of jobs for the centre.

He said: “This deal underlines our commitment to Armagh city centre and demonstrates our belief in its long term future. In general the expansion will allow us to enhance our offerings we currently have while at the same time developing in other fields. We are excited about the deal – it has been on the cards for a long time but now we are ready to move forward.”