'I could have gone to university, spent all this money and still not had a job at the end of it. I know here that I am in control' 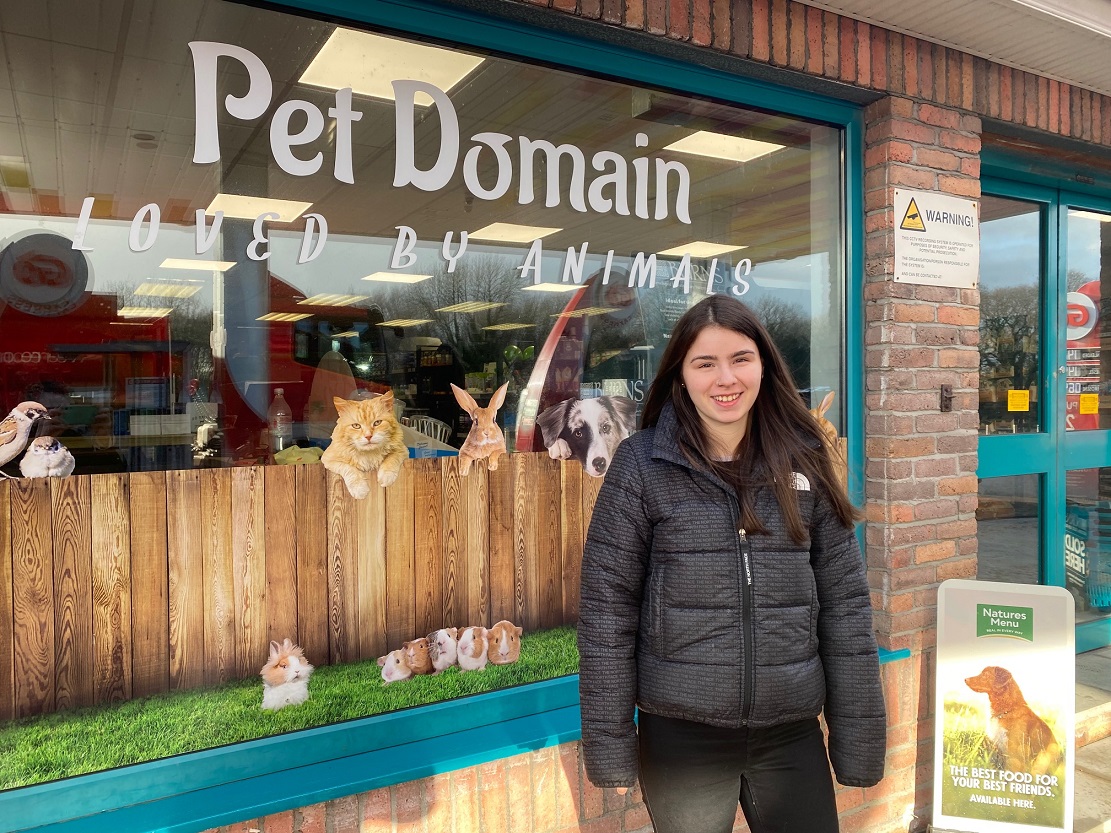 If you like so many regularly commute along the Portadown Road into Armagh you might have noticed, or perhaps even craned your neck, at a new business which opened its doors within the past few weeks.

Pet Domain – the signage was there long before any sign of a store – but plenty of work has been going on behind the scenes on the forecourt of the GO petrol filling station.

Behind this new ethical pet store is Scotland-born but now Armagh’s own Rachelle Mackin.

Armagh I caught up with the 20-year-old about what is on offer and why she decided to go into business.

“I had finished my level two in business at the SRC in Armagh, I was thinking about going to university but with the way things are I didn’t want to be sitting in a flat attending lessons virtually,” she explained.

A self-confessed animal lover, with a Staffy, a one-eyed cat and two hamsters to prove it, Rachelle noticed that many people had got themselves furry or scaly companions during the lockdown and saw an opportunity.

“I just kind of thought there was something missing,” she said. “People have got these animals and it is a big undertaking, they are going to need to be looked after for the next 10 or 15 years.”

With that, Rachelle decided to take the money which she would have spent going to university and put it towards setting up Pet Domain. “I just don’t do well with online classes and I saw this as a safer bet,” she said. “I could have gone to university, spent all this money and still not had a job at the end of it. I know here that I am in control.”

On selecting a site and making her decision Rachelle explained it was an easy one to make.

“It is the main road out to Portadown and Belfast. You get a lot of passing trade and a lot of my customers have been those calling in for petrol.

“Also in town you have the problem with parking, where here there are no charges and people can park up close in order to get heavy bags of dog food into their car.”

Rachelle, from the start, has selected the products she wants to place on her shelves – put simply, if she would not feed it to her animals, she won’t sell it! “Animals are part of the family, they need to be fed the right food. It is actually cheaper to feed them good food with the right nutrients as you don’t have to feed them as much.

“I think people are more conscious of that now, that is why I have also been working with suppliers to get products which are ethical and local.”

As part of this, Rachelle is hoping to sell her own pet food which comes in biodegradable packaging.

On animal welfare, she has made sure that the gerbils and hamsters sold on site are kept in enclosures which in fact well exceed the recommended size so they have space to move around.

“We want to place ourselves so that we can compete price wise with some of the bigger companies but also offer the friendly service and advice that many people expect from more local businesses.”