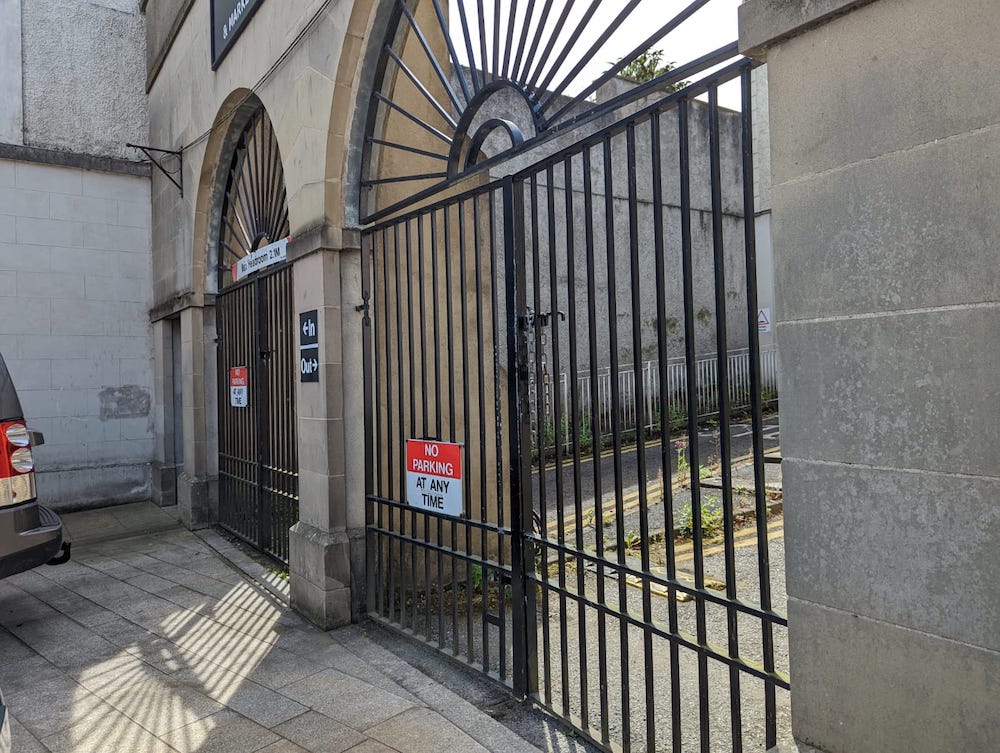 The gates of the St Patrick’s Trian car park could soon be unlocked as essential works – which began two-and-a-half years ago but later stalled – are to resume shortly, Armagh I can reveal.

The issue came to light recently after we reported the views of a member of the public who was appalled at the “lazy, lackadaisical attitude to all things Armagh” by the powers-that-be.

He had been attending the John Hewitt International Summer School – which is centred around the Market Place Theatre in Armagh – and had hit out at the impressions of Armagh which visitors were leaving with.

He spoke of the locked gates at St Patrick’s Trian car park and of the overflowing rubbish bins witnessed at Market Square; he hit out too at the lack a Visitor Information Centre and loss of Armagh Youth Hostel which remains closed off behind locked gates.

Now, while the issue of overflowing bins may be here for the immediate future – given that ABC Council staff are currently engaged in industrial action – the car park looks set to be back on track for re-opening.

It will, that is, after refurbishment works are carried out.

The entrance to the car park – next to the old Tourist Information Centre – is overgrown with weeds and the facility itself, much used when open, has been out of service for some considerable time.

The Armagh visitor centre, which was housed inside St Patrick’s Trian, has been closed to the public for a number of years – as too has the 90-space car park adjacent to it.

Back in March 2019, Armagh I reported how Council had gone out to tender for the complete refurbishment – at an approximate cost of £1 million – of the car park.

The contract was awarded to Lowry Building and Civil Engineering, which is based in Castlederg in Co Tyrone.

The company’s experts began work in 2020 on a detailed project. But, like everything, Covid had an impact on plans.

The work is required to bring the multi-storey facility at English Street up to standard.

The car park is attached to St Patrick’s Trian and the top level provides access to the rear of the Market Place Theatre.

The gated paid park was constructed back in the 1990s to serve the tourist attractions in the area planned by the former Armagh District Council.

It provides in excess of 90 parking spaces in the commercial heart of Armagh, but the car park had been identified as being in need of remedial works.

The project which the Co Tyrone company is overseeing involves the complete refurbishment works at St Patrick’s Trian car park.

This will include carrying out repairs to the concrete and resurfacing throughout, as well as the installation of a new boiler and a new pedestrian lift moving between the car park levels.

The nine-month project had been stalled but the contractors are preparing to move back on site.

Indeed, a spokesperson for Armagh City, Banbridge and Criagavon Borough Council confirmed to Armagh I : “The contractor is planning to resume work on site towards the end of September.”

That said, the car park could be open to the public once more in time for next summer and the local tourism season – including the John Hewitt Summer School, which prompted the initial complaints we reported on just two weeks ago!