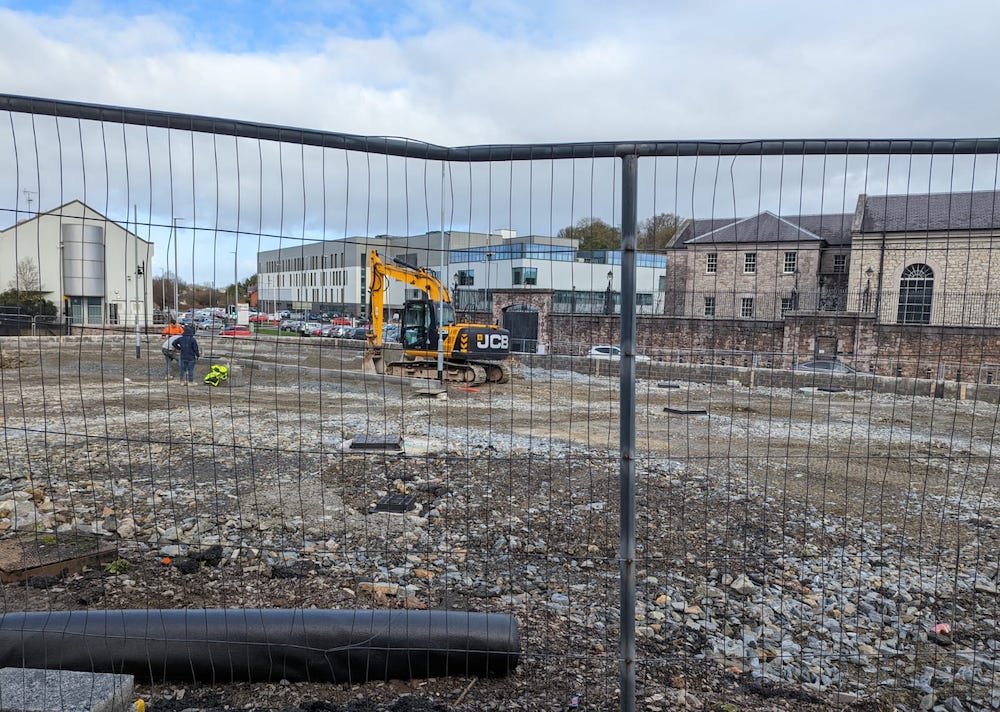 Work has started on a major retail development at Lonsdale Road in Armagh.

The plans will involve the construction of a new retail unit together with a coffee shop.

And the existing B&M Bargains store is also to benefit from a new extension as part of the overall development.

The contractors overseeing the construction are now on site to clear the area to facilitate the new buildings.

Much of the site remains undeveloped but that is about to change.

Gone will be the ‘informative’ surround hiding a derelict plot of land from view of Lonsdale Road, with B&M tucked behind.

Instead, the work will see B&M Bargains Armagh store become one of the discount retailer’s biggest outlets in Northern Ireland.

And in addition to that, the new new coffee shop will be built, facing Armagh Courthouse. A third shop – for an as yet unspecified tenant – is also proposed.

With work now underway, it is expected that the development should be completed before the end of the year.