Work expected to start in July on luxury £2.7m spa and guesthouse on site of Orchard County Inn

A contractor has now been appointed to build the hottest new ticket in town which will also include a restaurant, gymnasium, beauty salon and gift shop 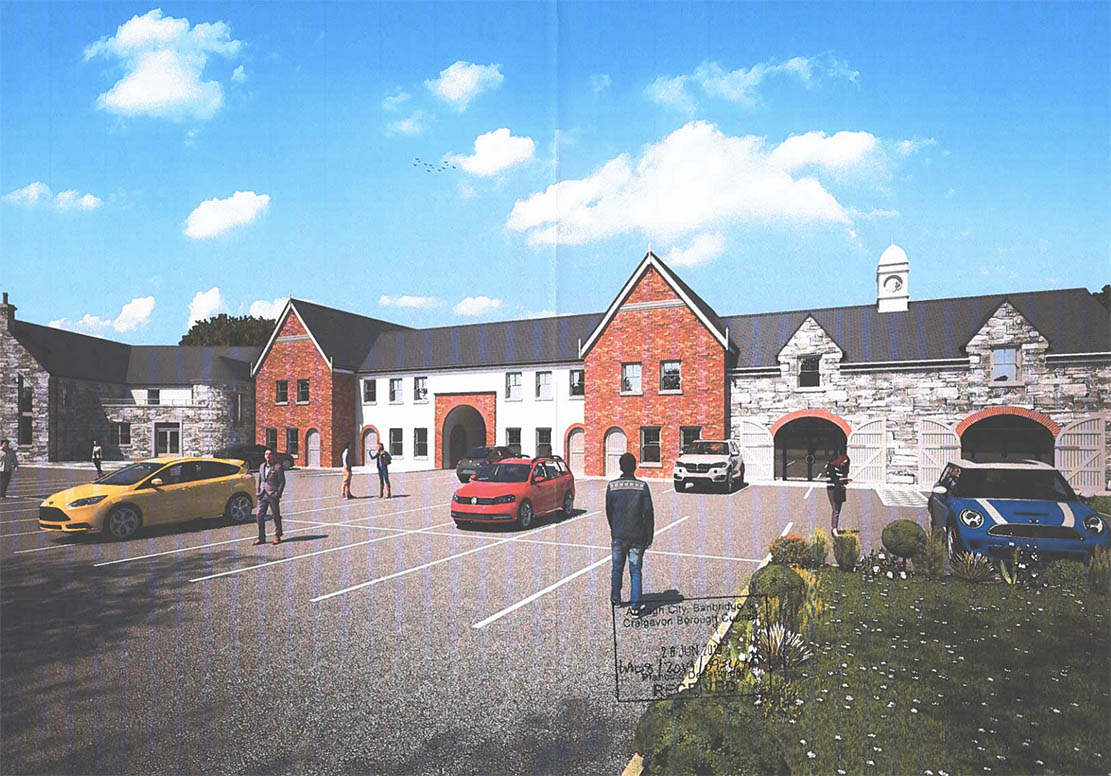 The Orchard County Inn’s future as a luxury spa and guesthouse will shortly come to pass.

For a contractor has now been appointed to get the job done!

The development – which will cost in the region of £2.7 million – was given the go-ahead in March by Armagh City, Banbridge and Craigavon Borough Council.

Now it can be revealed that a contract has been awarded for the scheme, which should create in the region of 20 jobs when complete.

That is, of course, in addition to those created during the building process, with the contract having been awarded to PC Construction and Developments Ltd.

The Dungannon-based company will ensure the site of the once thriving famous Orchard County, at Collegelands Road, Charlemont, will be bustling again!

And it is understood that work is due to get underway in July.

As Armagh I previously reported, an application for the development was first laid before Armagh City, Banbridge and Craigavon Borough Council two years ago.

The overall cost of the development, according to Construction Information Services, is in excess of £2.7 million, with the application for the works made by Firtree Development Ltd, which is also based in Dungannon.

The amended plans will see the creation of a guesthouse and health spa which will include a beauty salon and treatment rooms.

There will also be a gymnasium.

And on top of all that, a restaurant will help draw people back to this once popular port of call. The restaurant building will include a function room and two conference rooms with a check-in building, including a gift shop and guest launderette facilities.

And the guesthouse itself will boast 12 luxury en suite rooms.

There will also be five residential units as well as car parking.

As Armagh I first revealed back in 2019, the project has the potential to see the creation of 20 new jobs.

The hope is to revitalise the venue, transforming it into a “high quality but affordable accommodation for families and couples”.

The applicant says it is “confident that the proposals will provide a badly needed facility that will be a huge asset for Armagh/Collegelands and surrounding area”.

The submission to council reinforced the view that the development will “bring positive economic benefits and assisting Council’s tourism strategy in developing orchards into an international visitor experience”.

An assessment of similar developments found there are very few facilities in Northern Ireland that provide bespoke accommodation for families and that, according to the applicant, “there are none in this area”.

With the changed circumstances likely to mean that the ‘staycation’ will be to the fore for the next number of years, this development could not be more timely.

If work begins in July, it is expected that the newest ticket in town could be up and running next year!