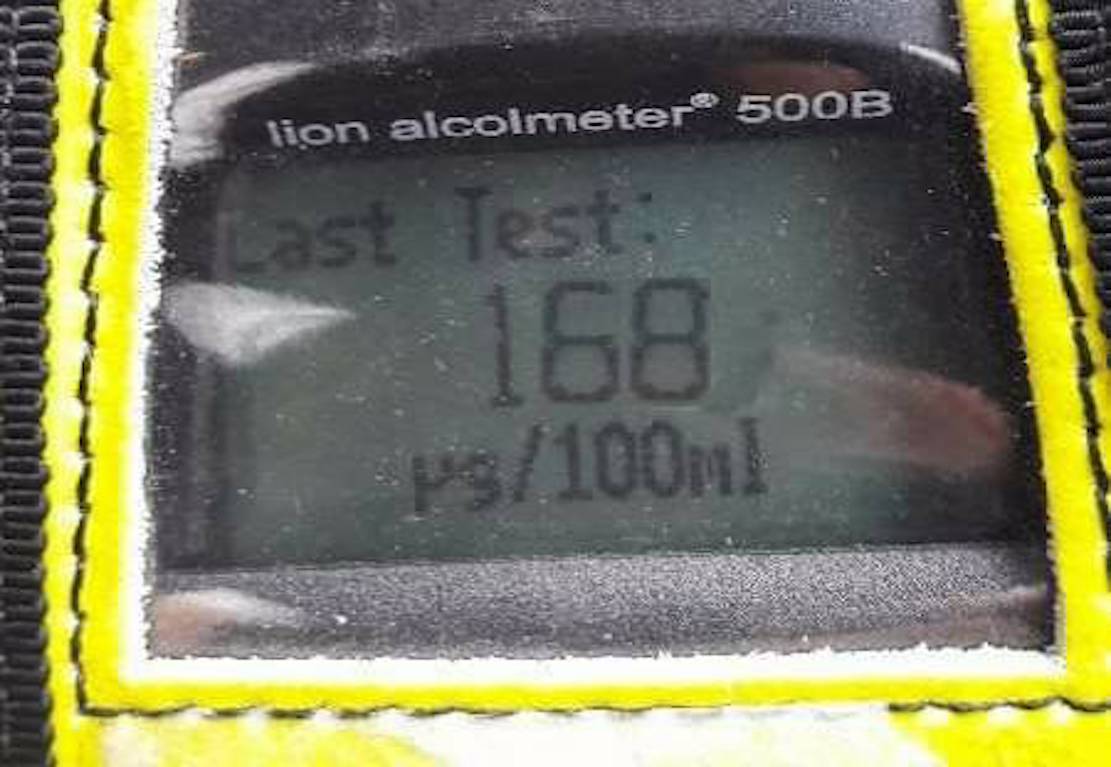 A woman blew an astonishing 168 in a roadside breath test in Co Armagh this morning (Monday), according to local police.

The reading – almost five times the legal limit – was the highest roadside breath test result “I’ve heard of in this district”, said a PSNI spokesperson as the image of the ‘score’ was shared across their social media platforms.

“In the early hours of this morning, an alert member of the public picked up the phone to ourselves to report a suspected drink driver, and in doing so potentially saved a life,” the spokesperson said.

“A short time later, [we] stopped a female driver who gave that reading on the preliminary breath test.

“That’s almost five times the legal limit. The consequences, had we not had that phone call, don’t bear thinking about. Well done that caller.”

The spokesperson added: “This is just the latest in several over the weekend. Some detected by our crews, some phoned in by you. Suffice to say, she’s now been charged to court.

“It is never worth it. If you see it, report it. The message clearly isn’t getting through quickly enough to some.”