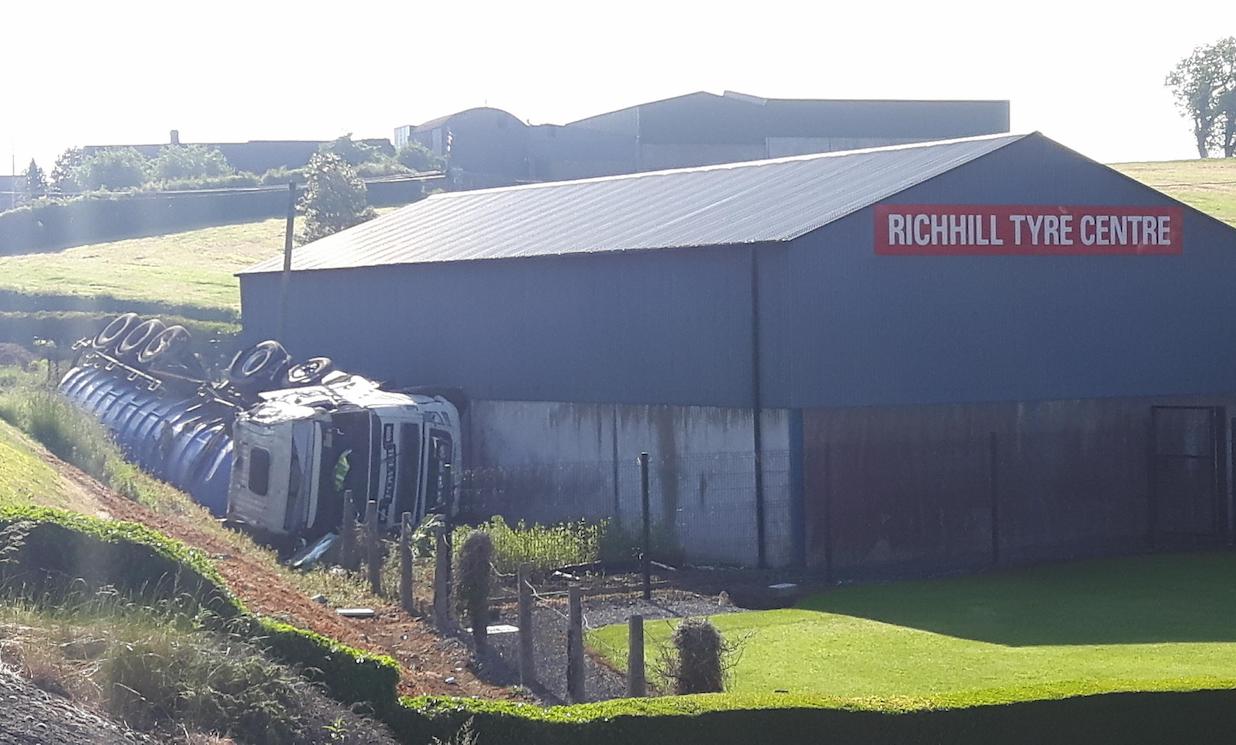 One woman is in a critical condition in hospital following a serious two-vehicle collision in Richhill this morning (Wednesday).

Two other men remain in stable condition after a car and lorry collided on the main Armagh to Portadown Road around 7.30am.

The lorry, which was carrying what is believed to have been animal blood, crashed down the embankment close to Richhill Tyre Centre.

It is understood the building suffered some damage, with electricity knocked out due to the removal of a pylon.

A spokesperson for the NI Ambulance Service said it received a 999 call at 07:13 this morning, following reports of a two vehicle road traffic collision on the Portadown Road, Armagh.

Added the spokesperson: “Three Emergency Ambulance crews were dispatched to the incident. The Charity Air Ambulance was also tasked to the scene.

“Following assessment and treatment at the scene, three patients were taken to Craigavon Area Hospital by land ambulance.”

The woman fighting for her life was travelling in the car.

Lord Mayor of Armagh City, Banbridge & Craigavon Borough Council Alderman Gareth Wilson said: “My thoughts and prayers are with those who have been injured in this collision and looking at the scene it has certainly been a very frightening experience for all involved.

“I hope and pray that the occupants of the two vehicles make a full recovery from this serious collision. It is yet another stark reminder of the dangers on our roads.”