What’s in a name? Storm Gertrude fails to bite but more floods expected this week! 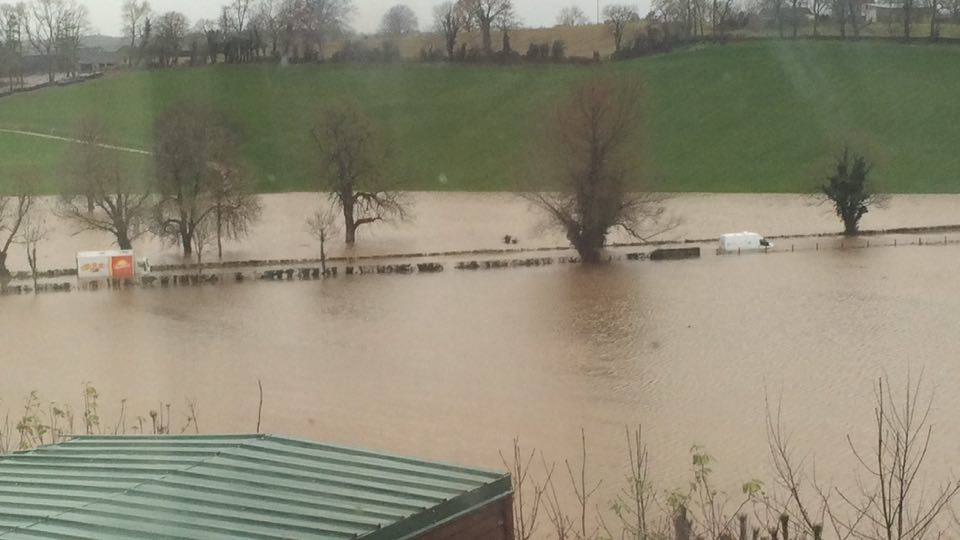 We hardly need Barra Best or Frank Mitchell to tell us it’s been a wee bit on the damp side out there lately.

But those good folk at Armagh Observatory have confirmed that December was, in reality, the wettest on record!

We’ve had Desmond, Eva, Frank and friends to thank for that fascinating fact…

Gertrude might have been all bluster and no real bite, with a weather warning cancelled by the experts when she failed to do her worst.

But by the looks of it, we’re in for more of the same flooding misery with more yellow weather warnings in place for rain across County Armagh as January continues.

Five days in and we are facing another warning for heavy rains with the potential for more floods.

It takes effect from 6pm tomorrow (Wednesday), and runs through until 6am on Thursday.

The Met Office warns up to 3cms of rain is likely to fall quite widely within a six to nine hour period, and anything up to 4cms on high ground.

The Met Office reports: “With the ground already being saturated, please be aware of the risk of local flooding and possible disruption to transport. Also note that icy stretches could form on untreated surfaces by Thursday morning as skies clear and temperatures fall, following the rain.”

Fantastic! Or not as the case may be.

While not a storm – no need to name it just yet then!! – it’s still looking like more turbulence ahead.

And at this rate of going we could be seeing Zebedee before spring’s out!

But while it has been the wettest December on record, it has also – rather strangely – been the warmest since 1988!

For the statistic-loving boffin, here’s the official line (some of it actually quite surprising but interesting nonetheless)…

There were also several very warm December nights, that is, nights during which the temperature never fell below double figures.  These exceptionally warm 2015 December nights were the 2nd and 17th (both with minimum temperatures of 11.1 C and now the equal fifth-warmest December nights on record at Armagh), and the 19th (10.9 C) and the 18th (10.3 C).

December 2015 was slightly duller than average with a total of 38.6 hours of strong sunshine recorded at Armagh.  This is approximately 95% of the most recent 30-year (1981-2010) average number of hours of strong December sunshine at Armagh (40.45 hours).  The sunniest day was the 6th, with 4.5 hours of sunshine and there were 15 days with no recorded sunshine at all.

Taking the year as a whole, 2015 can be described as cooler and wetter than average, but slightly sunnier.