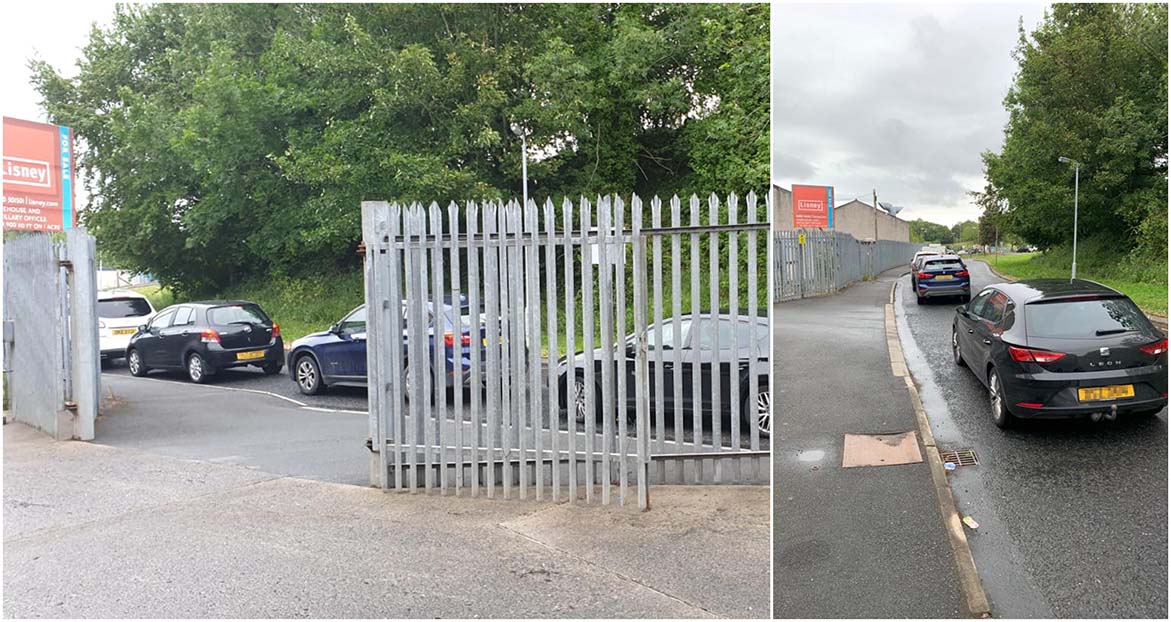 One such business is Commercial Motor Products on the Station Road Industrial Estate, who regularly see their entrance blocked off by a single file of traffic waiting – sometimes more than 30 minutes – to get into the council amenity site each morning.

It was a problem which was highlighted back in March when Council adopted a one-in, one-out system, slowing up the flow of traffic due to health and safety precautions associated with the current health crisis.

Management at Commercial Motor Products say they are frustrated as it affecting both staff and customers who are struggling to get in and out.

The problem comes in waves, which the business says is hard to predict.

Some cars are queuing from as early as 9.30am, with the gates to the recycling centre not opening until 10am.

A spokesperson for Armagh City, Banbridge and Craigavon Borough Council told Armagh I: “Council allows site access to multiple cars at a time, and as one leaves another car is permitted access.

“The Armagh Household Recycling Centre has been open for weeks with limited queues, however the introduction of all waste streams since Wednesday has led to greater demand and waiting times.

“It is anticipated that this initial demand will normalise next week.”