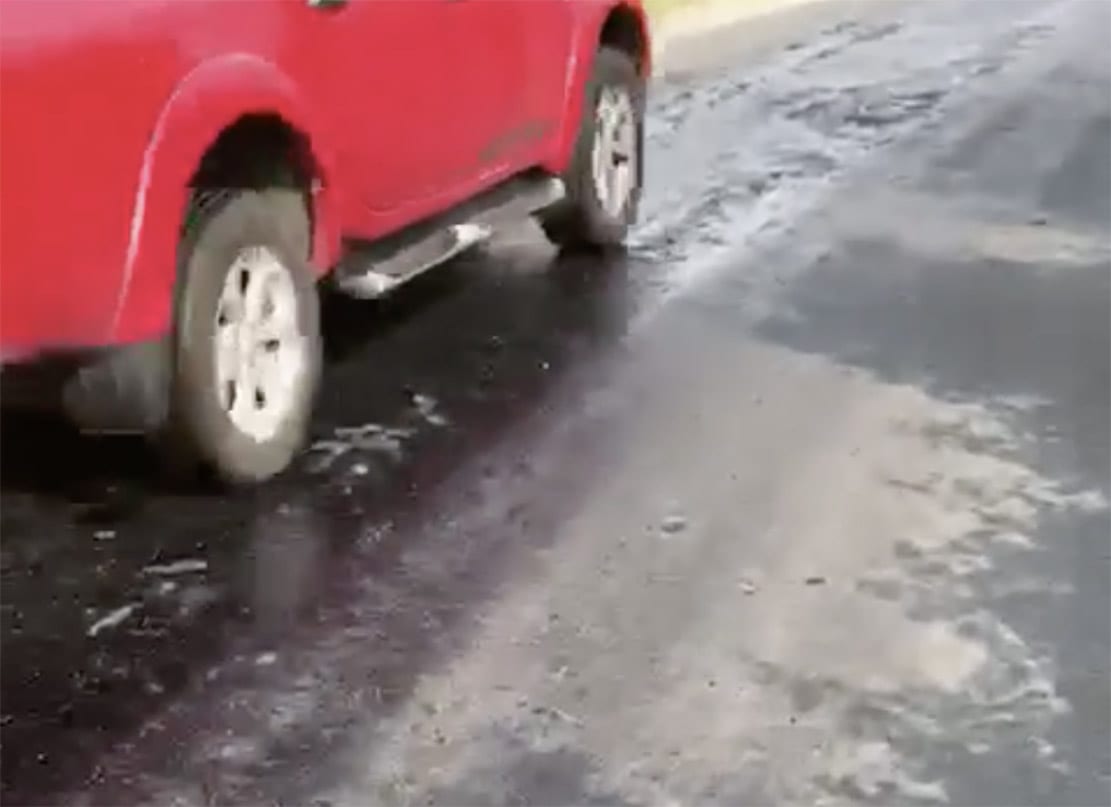 This is this Ballybrannon Road in Armagh, literally melting away in the early evening sun today (Thursday).

And it was only 21 degrees!

However, vehicles have been driving along the road, but ripping up the tar – now caked to their vehicles – in the process.

Local resident Wayne Baird, who shot this short video to illustrate the problem, said: “This is a busy road each morning and evening, as it’s a shortcut between the main Armagh/Portadown as well as the Armagh/Loughgall roads.

“The tar is literally peeling off and depositing itself in the arches and on the sides of every vehicle using the road.

“Residents are also driving this into their own driveways.”

He added: “This road has been literally melting for over a fortnight now and all that has been done so far is Roads Service came and threw a few shovel fulls of dust here and there at both end junctions –pouring a box of Rice Krispies on it would have been about as effective.”