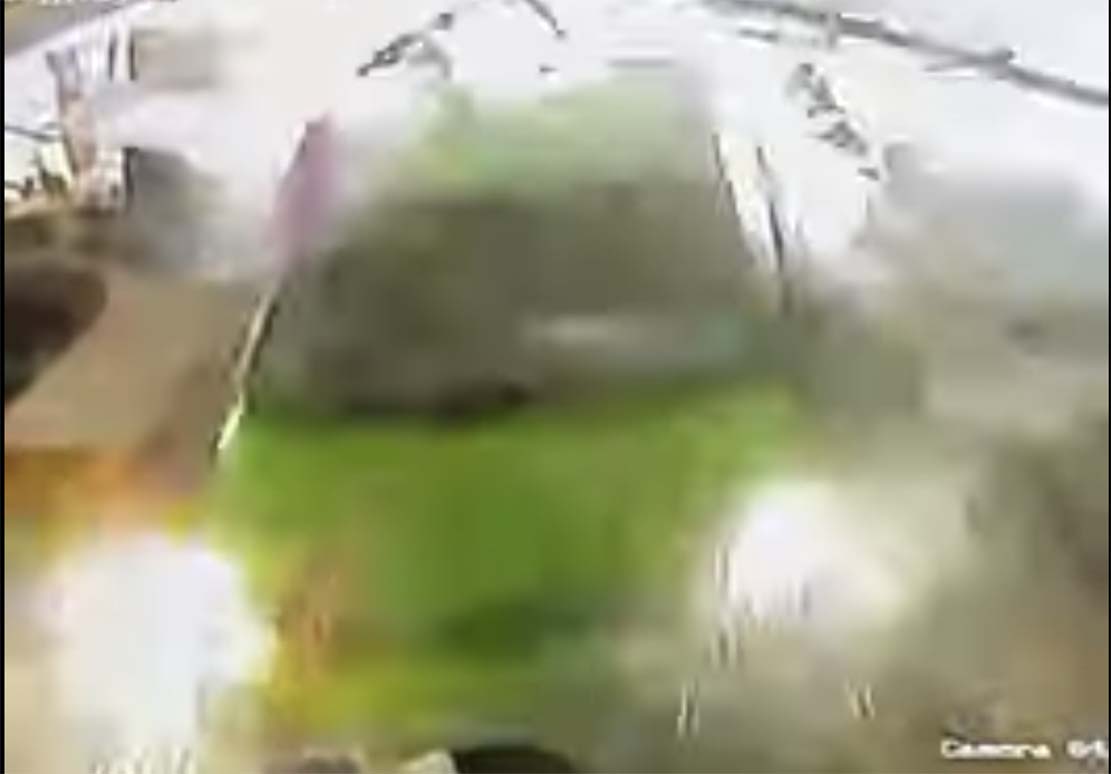 This is the shocking moment a car ploughs through the front of a paint shop in Armagh city centre on Sunday afternoon.

The car, driven by an elderly man, careers through Clarke Decorate at high speed, narrowly missing a car coming down Scotch Street by mere seconds.

Emergency services were called to the scene around 4.20pm.

Speaking to Armagh I this evening, Chloe Clarke, said: “We are pleased to be advised that the gentleman driving the car is doing well and has been discharged from hospital late last night.

“Unfortunately Clarke Decorate did not come off so lucky and will not be functioning out of their premises for a good while.

“We will however be opening temporary shop further up Scotch Street on Thursday all being well.

“We can not thank the public enough for all support that has been offered and we are only too thankful that nobody was harmed and that had this been any other day of the week the end result could have easily been tragic.”

A spokesperson for the NI Fire and Rescue Service said: “Two appliances and one Station Commander attended the scene where an 85-year-old gentleman crashed through the front window of a paint store on Scotch Street.

“Thankfully he did not suffer any serious injuries but understandably he was left very shaken.

“Once on scene, officers cut through the shutters of the store front and managed, with some difficulty, to get this man out of his car.”