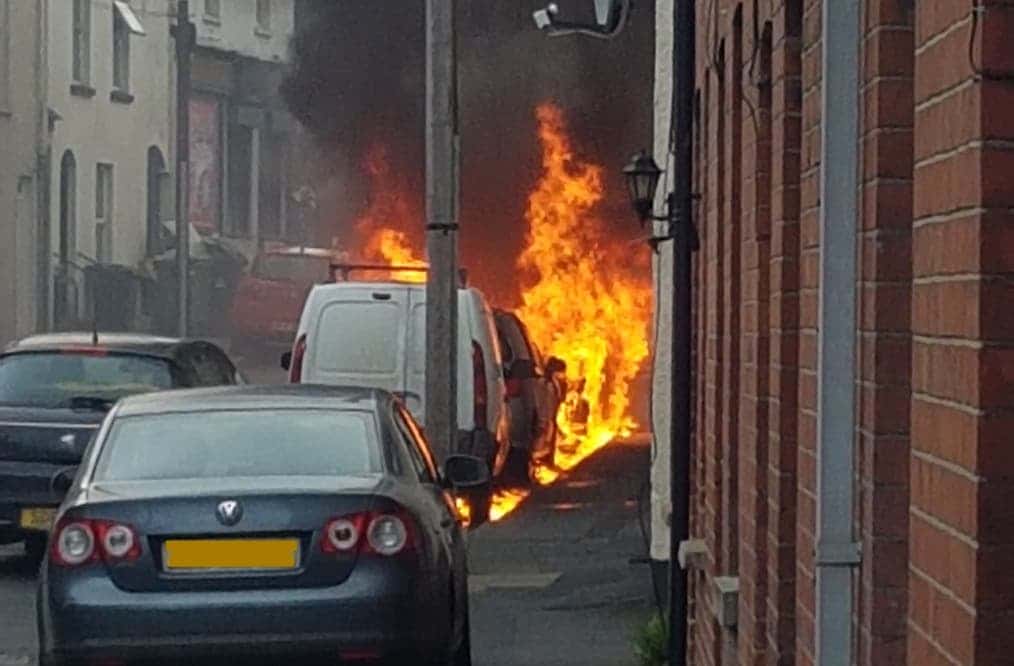 This is the moment a car went up in flames close to residential properties in a small Armagh city cul-de-sac early on Thursday morning.

Firefighters rushed to the scene at Lisanally Lane, just off Railway Street, shortly before 8am.

One crew from Armagh fire station attended the incident and had it under control by 8.30am.

“The cause of the fire is under investigation and the incident was dealt with by 8.30am.”

Sinn Féin MLA Cathal Boylan has praised the swift action of the Fire and Rescue Service in dealing with the fire.

The Newry/Armagh MLA said: “I would like to praise the crew who attended the incident and quickly brought it under control.

“Thankfully there are no reports of any injuries and the cause of the fire is being investigated.”

Watch the video below..