Watch: Armagh woman felt she was grieving her own death after stroke 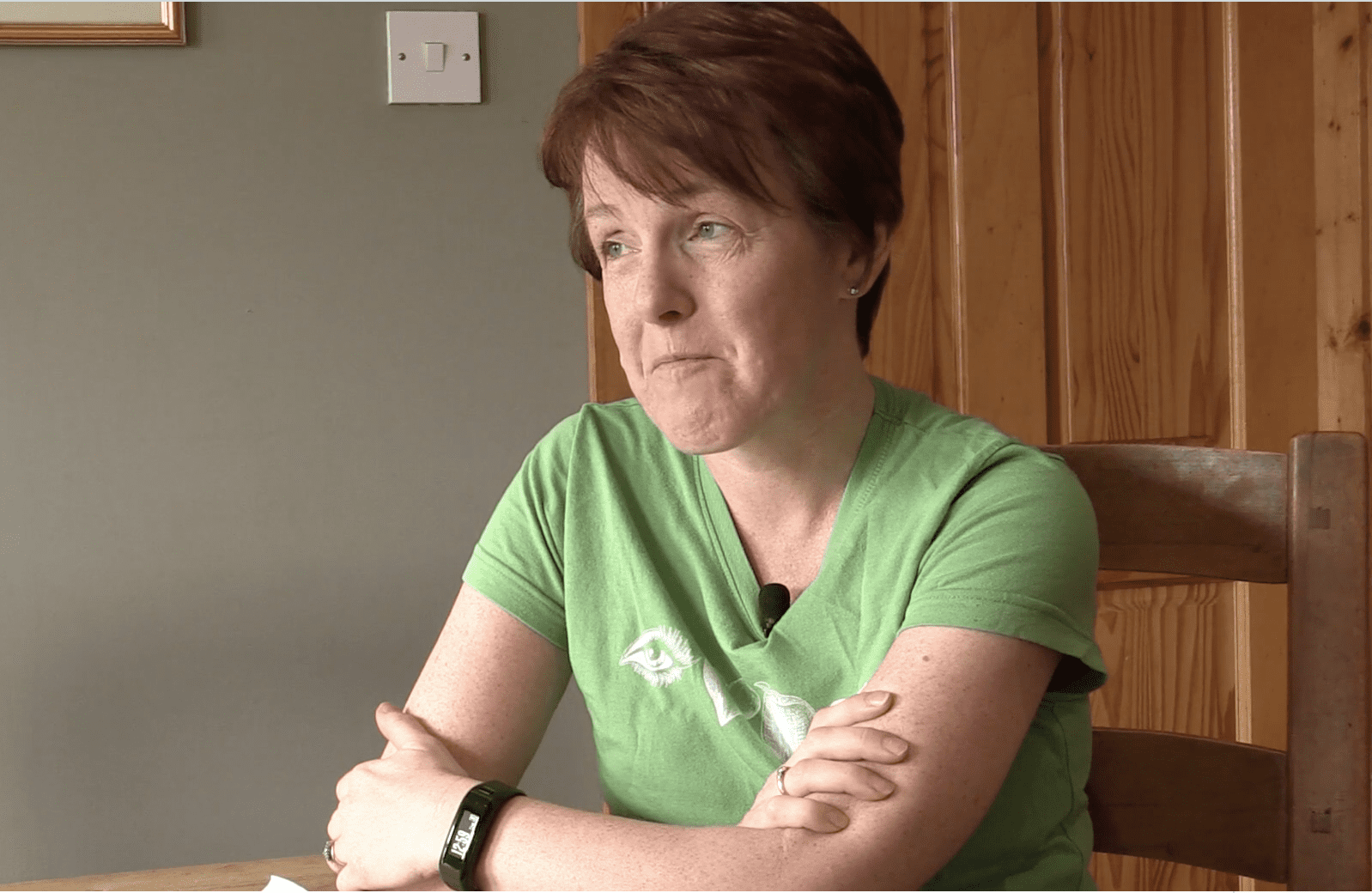 An Armagh woman says she was so traumatised after suffering from stroke that she felt she was grieving her own death.

Mother-of-four Helen Graham was a healthy young woman who would participate in local Park Runs; she didn’t smoke or drink, but all of a sudden her life flashed before her eyes.

“I had an extremely busy week at work,” Helen explained.

“It was the Thursday and Friday that I started to feel a headache coming on; it was an extremely sore head, I had dizziness, but never once attributed any of that to stroke.

“By Saturday night I knew there was something seriously wrong; my entire right side was losing power, I was frozen and I tried to call for my husband but I couldn’t get the words out.

“The paramedics arrived within five minutes and I don’t really remember much after that.”

The cause of her collapse was not apparent straight away and despite numerous early tests, doctors were unable to pinpoint the reason.

“They didn’t realise immediately what was wrong and it wasn’t until later, after telling a consultant that there was something wrong they sent me for an MRI scan,” Helen continued.

“My whole right side; my limbs felt like they had been filled with wet cement.

“The scan revealed I had suffered a stroke, it was a major shock to everyone.

“I was traumatised, trying to take it all in. Why me at this age? Especially as I was one of the younger patients on the stroke survivor ward; it was very difficult to deal with.

Helen’s story is just one of many but her reliance on services has led health chiefs to launch a major consultation, looking at overhauling stroke services in Northern Ireland, which experts say fall “well below” standards in Britain.

As a result, a major public conversation in relation to reshaping stroke services across the country was launched last month.

Over the 13 week period, Health and Social Care organisations, in conjunction with stroke survivors, carers, charities and staff, will be holding a series of meetings, engagements and workshops, as part of a pre-consultation process, to listen to a wide range of views and to discuss and debate how best to enhance stroke care for patients in Northern Ireland.

This is part of recommendations made in ‘Health and Wellbeing 2026: Delivering Together’ which places a high priority on improving stroke services and also ensuring that patients, service users, staff, key partners and the general public are at the heart of designing services.

Every year here there are around 2,700 hospital admissions and over 1000 deaths due to stroke, which can affect anyone at any age, anytime.

It is also the largest cause of acquired severe adult disability in Northern Ireland.

Death rates from stroke have declined by around 50% over the past 20 years, which is to be welcomed, and there has been significant investment and progress made in relation to a number of areas. For example, new specialist treatments are now available, and community teams are providing expert stroke rehabilitation services across Northern Ireland.

However, independent reports have highlighted that our services nonetheless fall below national standards and there is considerable scope for improvement. For example, currently only around half of stroke patients in Northern Ireland are admitted to a stroke unit following assessment in an emergency department; a number of key services to help prevent, treat and provide specialist aftercare are not consistently available on a seven day basis; and stroke survivors have stressed that they find it difficult to access continued support after they leave hospital.

Helen added: “I often wonder and reflect if I had gone to a highly specialist stroke unit and received the clot busting treatment would that have made a difference to me and reduced my brain injury.

“I would like anyone who has had a stroke, their carers or anyone involved in stroke services to get involved in this conversation.”

For further information, including a copy of the ‘Reshaping Stroke Services’ document and an easy read version go to www.hscboard.hscni.net/stroke/