Watch: Armagh woman capturing hearts with beautiful rendition of one of nanny’s favourites

'Singing is my passion. It has grown and it is the only thing I ever wanted to do' 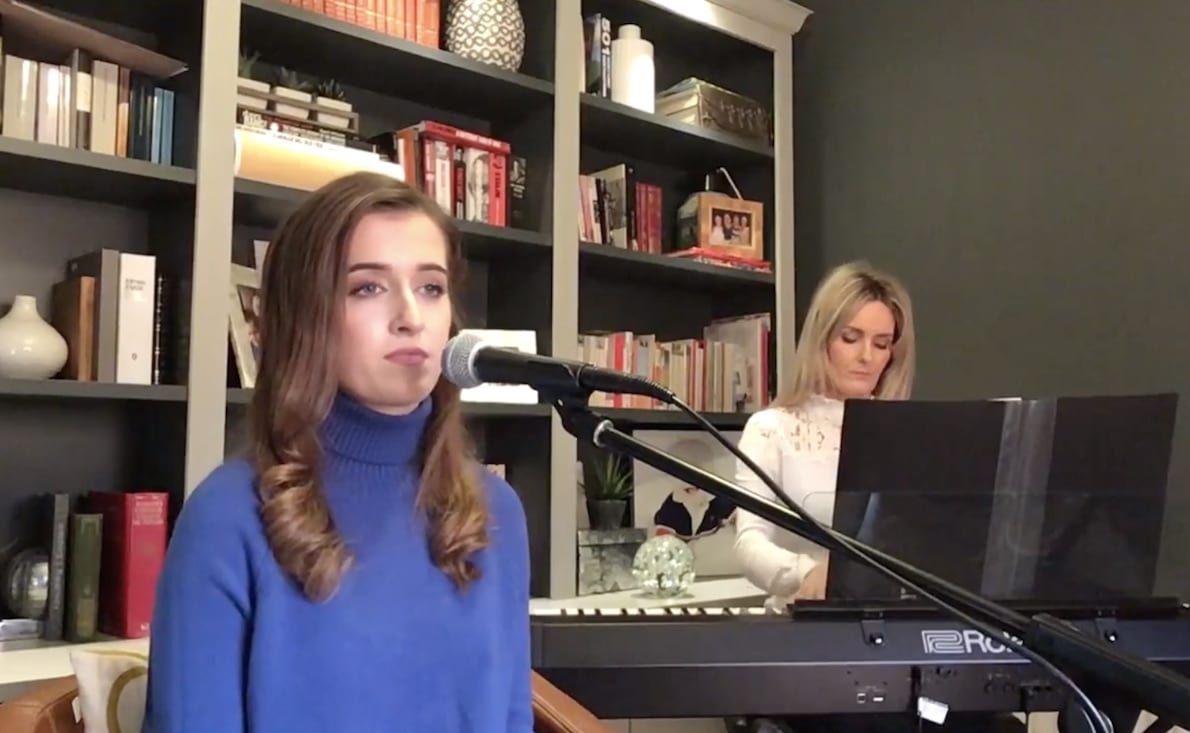 One of Armagh’s own will capture the hearts of many with her beautiful rendition of ‘Deportee’ by Woody Guthrie, one of her nanny’s favourites.

The protest song (see below) penned by the great American folk singer was written about the treatment of passengers who died in the 1984 plane crash near Los Gatos Canyon, California.

Speaking to Armagh I, Eilis Fox explained: “The song itself my nanny was a big fan of it.

“I’d never heard the song before so thought I would look it up and she was saying to me ‘you should definitely learn that song’ so we decided to video it and put it on the Facebook page.”

Eilis is currently studying singing at the Royal Irish Academy of Music in Dublin, but has teamed up with another Armagh native, Sarah Jane Kelly, to provide music for weddings, funerals and corporate events.

“I always had a love for music from I was no age,” said Eilis. “I was from singing folk then went on to doing music exams and I sang the whole way through primary school and secondary school.

“I am currently in the Royal Irish Academy of Music in Dublin studying singing, so I am in my third year of a four year degree.”

In Dublin, Eilis is taught how to sing classical music but admits that her heart may be more in the folk style.

“We are trained so that we can then go into the opera houses and things like that, but I am a bit of a cross over.

“I like singing classical but I think I am more swayed to the folk. I like singers like Mary Black, and I think that’s where my heart is.”

It appears that singing may also be in her blood.

“People always say to me, so is that where you get it from? But I don’t think that is the case, it’s just my passion. It has grown and it is the only thing I ever wanted to do.”

She said: “From me and Sarah Jane started working together we kind of got busy from funerals to weddings and we played a few gala concerts too.

“One thing led to another, we set up the Facebook page at the same time and it has just been growing on its own.”

Eilis says she is thankful for the support she has received.

“I can’t believe the support it has been amazing,” she added. “Without it you won’t make it anywhere, I found it tough moving to Dublin where I didn’t know anyone but my family and friends were there for me.”

A young woman surely tipped for big things, just keep an eye out for the name, Eilis Fox.

To keep up to date with Eilis you can check out her Facebook page.