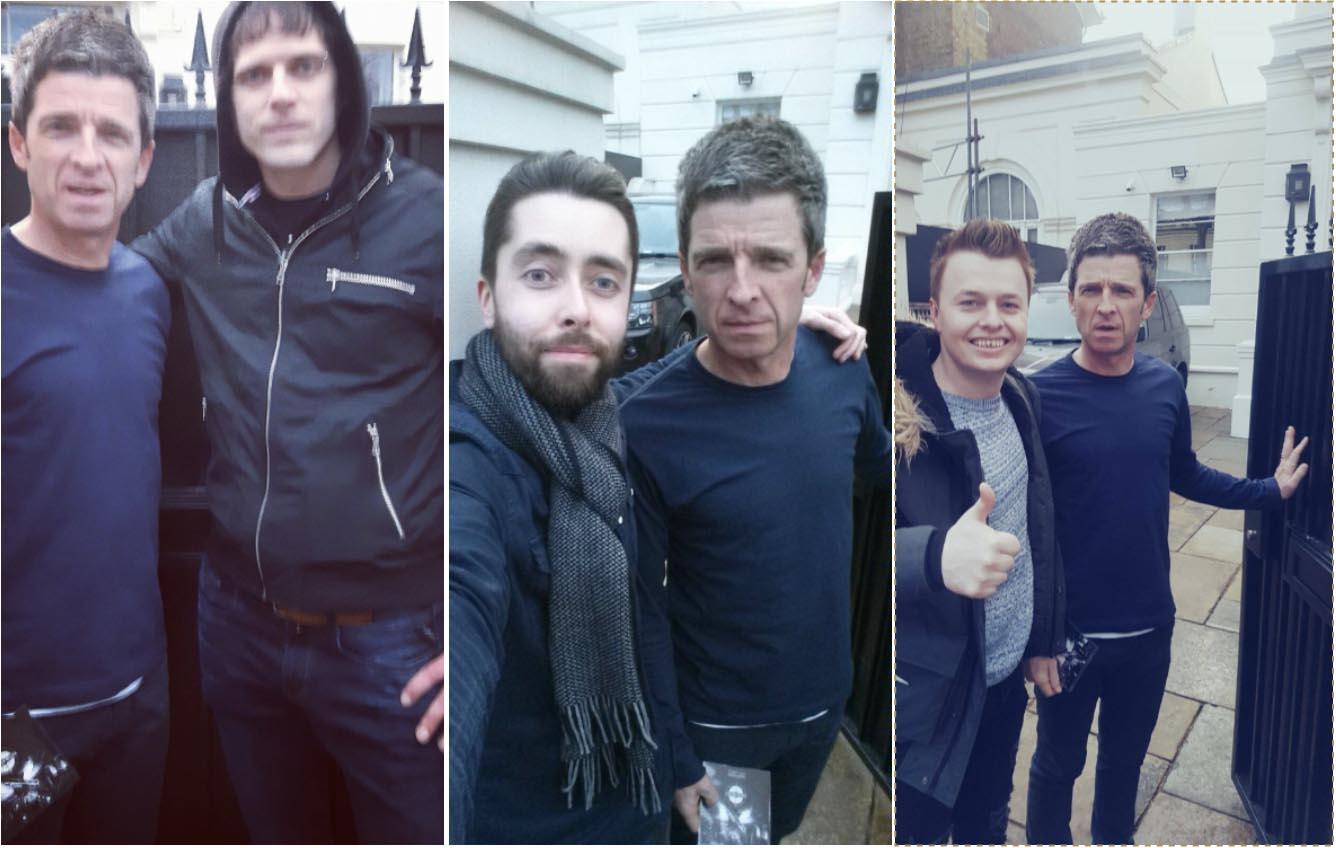 It’s like a script for the ultimate road movie!

And not only did they succeed – but they also met another music legend, in none other than Burger King, along the way!

You just couldn’t make it up.

But then Marty Rafferty and the Northern City Lights didn’t have to – because it really happened! And they brought along a camera to capture the proof!

The thrilled frontman assured Armagh I : “It’s been the best two weeks of our lives – hands down!”

With friend and driver John Williams – and talented Downpatrick cameraman Chris Heath there to capture it all – it’s been a whirlwind experience and the pinnacle of their career to date.

The EP is going down an absolute storm with a growing army of fans.

Now two more copies will sit among the impressive collections of major stars as they gratefully accepted the EP from the Co Armagh boys.

There have been many highlights for Marty and Co, including recording at Abbey Road Studios in London and playing at the world-famous Cavern Club – birthplace of the Beatles – on Mathew Street in Liverpool on their musical career paths to date.

But they have just reached the pinnacle!

You could say they had climbed a Stairway to Heaven, for want of a better analogy.

For, as they set out to track down the Oasis legend Noel Gallagher, they ran into Led Zeppelin guitarist Jimmy Page – as he chowed down on his lunch in Burger King!

And while he would not pose for photographs or shake hands, he did accept a copy of the EP and wished them well.

They thought things couldn’t get any better than this – but they were wrong.

Everyone needs a rest while touring, so what else was there to do but take their camper van, point it in the direction of Noel’s posh pad in West London and simply ‘Roll with it’!

What happened next was the stuff of dreams, as they finally got to meet the man who has inspired them above all others.

Marty told Armagh I : “We are completely ecstatic as Noel Gallagher is the reason that we wanted to form a band in the first place.

“We grew up listening to Oasis.

“We had a day’s break between shows so decided to track him down to hand him our debut EP.

“He happily accepted it and asked us how the tour was going, wished us luck and said that he would give the EP a listen.”

We’re sure he’ll love it!