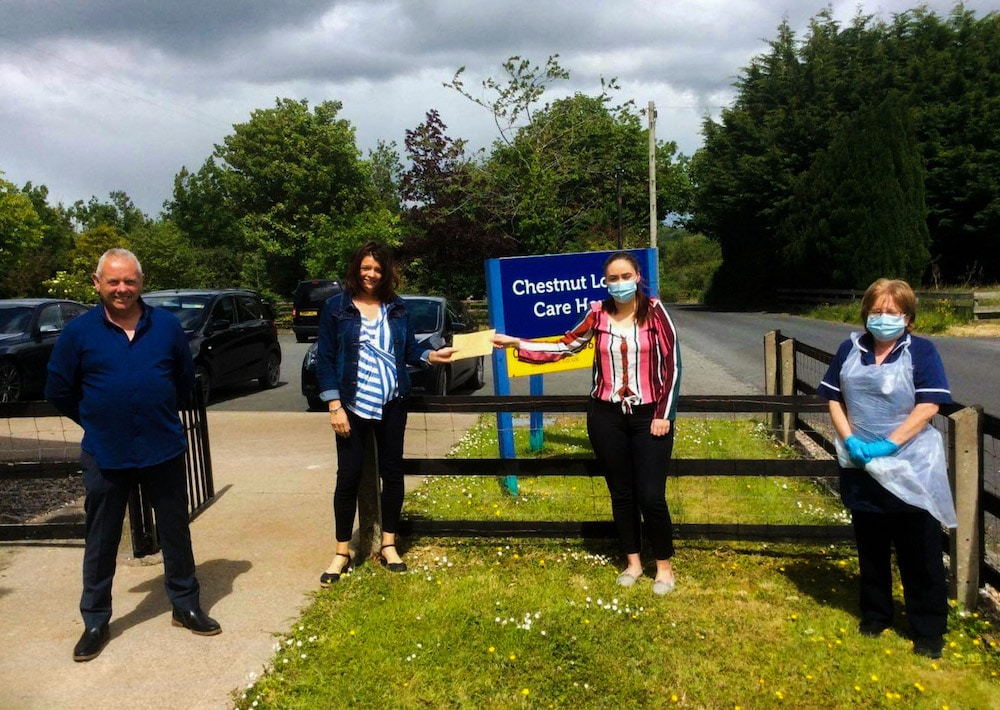 A Co Armagh care home will benefit from the proceeds of a ‘wheely’ good fundraiser staged on its behalf!

Chestnut Care Homes Residents Fund is now £850 better off thanks to the O’Neills GFC An Port Mor and the Blackwatertown Community Development Association.

They came up with the brilliant idea of staging a convoy in the village.

Dubbed the ”Support The Key Workers Convoy’, it was led by Chairman Tony Casey.

A collection was made among the cars beforehand and nearly £750 was raised for the ‘Chestnut Care Home Residents Fund.’

In the following days the collection had reached £850.

It really was a tremendous effort from the people of An Port Mór and beyond.

Club Chairman Tony Casey and BCDA Secretary Bronagh Carolan were delighted to have over the collection proceeds outside the Chestnut Care Home.

Said Edel: “Thank-you to everyone who attended and contributed to all the convoys.

“Our residents in Chestnut Lodge will benefit greatly from this donation.

“This was such a lovely gesture during these strange times and on behalf of everyone here in Chestnut Lodge, we can’t thank them enough.”