"I just want people to see that there's still generosity out there, there's still love out there and that the community has got such a big heart for each other." 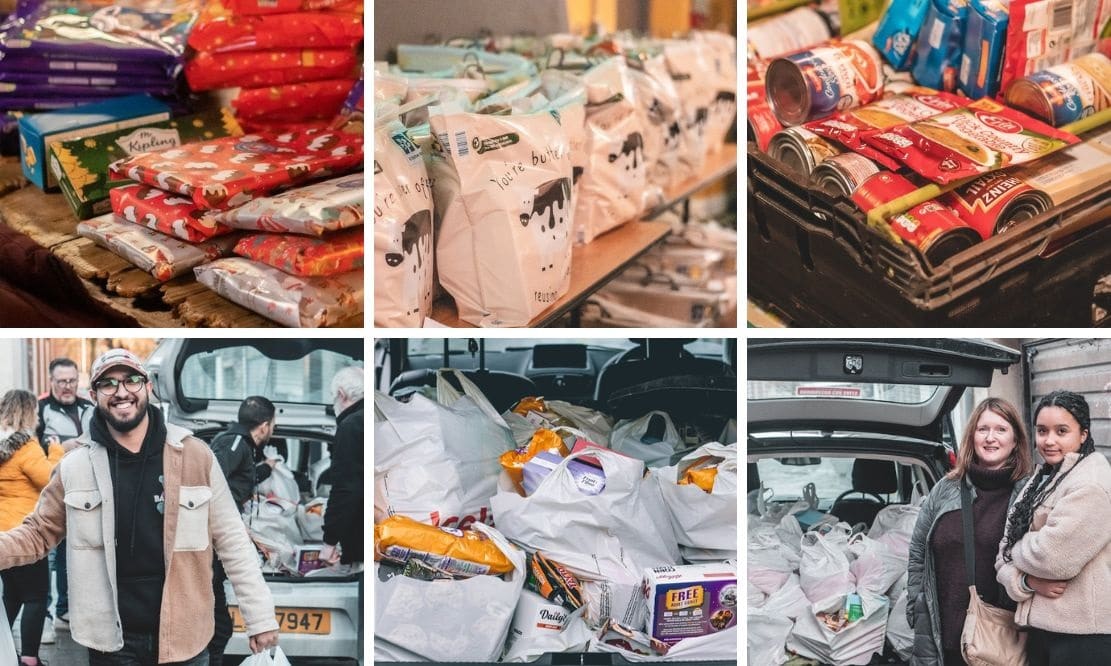 One Armagh City church is aiming to restore a little hope this Christmas through practical giving by distributing a large range of food hampers throughout the community.

Volunteers at Vibe Church Armagh have been pulling out all the stops to ensure that over 400 food hampers make their way to people in need this Christmas.

They have been working with schools and other local organisations such as Women’s Aid to distribute the packages to the people who need them.

Darryl Bain, the lead pastor at Vibe Church, told Armagh I that the entire initiative, which has been running for a number of years, has only been getting bigger. “We’ve been doing hampers for Christmas for the last few years, basically for people that are really struggling,” Darryl said. “We co-ordinate with local services and agencies, and we also do a nominations on our Facebook, so we’ve got multiple different streams of being able to find people.

“There are people out there who have to decide between heating the house, paying for electric or eating. We say, ‘OK, at least we can help with the eating part’.”

The initiative, which has been kept ticking by around 40 volunteers, has resulted in over 400 hampers being made up this year, with each hamper having around £40 of goods inside. Those receiving a hamper get four bags, including a bag of vegetables, eggs and milk, apples and the main hamper. “It has lots of good stuff in it,” said Darryl. “We try to have at least one big meal in it and then all the wee extra bonuses. You can make a proper good meal for a family in there.

“You’ve got the mince in there, you’ve got the potatoes, you’ve got the veggies, so you’re able to make a proper dinner all the way through. You’ve also got milk, gravy granules and stuffing in there, so you can pretty much make an alternative Christmas dinner.”

Sourcing the food has been a huge community effort, with lots of local businesses having donated to Vibe Church’s appeal.

Members of the public have also reached out, with one lady having recently donated two frozen turkeys after seeing Vibe’s work on Facebook.

They also received a donation of over 200 milk bottles from a local company. “We started getting geared up around September time, reaching out to different businesses, and then by late Novembe, early December, is when it really ramps up. We’ve built up from doing about 10 or 20 hampers a few years back and now we’re doing 400 plus.

“Before, we gave people one bag and it had lots of good stuff in it. Now you actually get four bags. We don’t really get to hear all the stories, but we’re content that if it goes to the organisations that they will do the rest. We’re not in it to get rewarded, we’re in it to reward them.”

Darryl says that through the cost-of-living crisis, the need is greater than ever.

“We know from our friends at the food bank that the lines have been longer than ever. We’re all feeling it, whether at the pump or just trying to buy a bit of groceries,” he said.

“We’ve had hundreds of people, and we’re probably not going to be able to help every single person, but we’re gonna do our very best.” Darryl says that there has been an “incredible” response from donors and the public. He expected that the current crisis would cause many to “batten down the hatches”, but says that people have been more generous than ever.

“People have still been really generous,” he added. “I thought this year we wouldn’t get as many donations from businesses because they’re struggling. I think we nearly got more. Which to me is mind-boggling.

He continued: “We also try to do a nice wee atmosphere for people coming to collect. They’ll get tea, coffee and mince pies, just to make it more than just coming in to collect something, because it is a wee bit of a walk of shame for some people.

“We want it to be special for people coming here. It’s like going to Rushmere, only even better because you’re not having to pay. If you see what’s in these bags, they’re high quality things, they’re not the last crumbs off the rich man’s table.” Darryl believes that the goal of the entire appeal is to “restore hope” to families in the community during a time of hardship.

“I just want people to see that there’s still generosity out there, there’s still love out there and that the community has got such a big heart for each other,” he said.

“Hopefully, through the generosity, it just puts some hope back into people’s hearts because I know there’s so much depression out there.”