'A survey revealed that two-thirds of LGBT people fear holding their partner’s hand in public, while more than five per cent have been offered so-called conversion therapy' 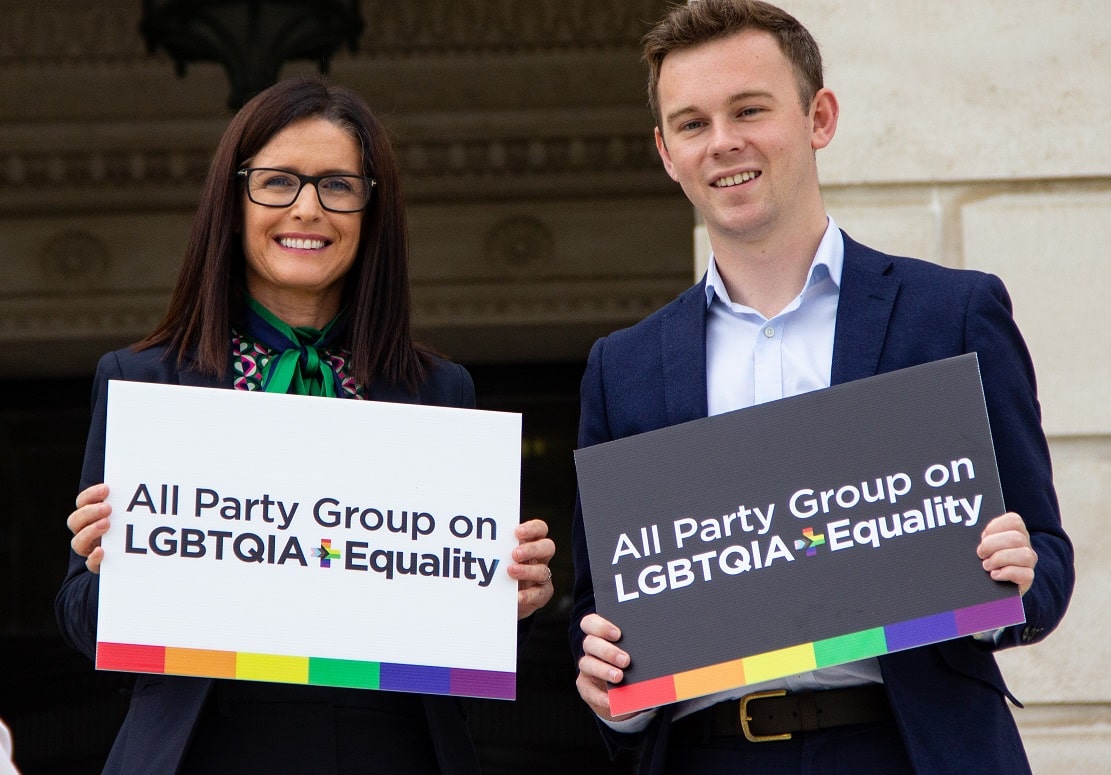 A new all-party group to promote and protect the rights of the LGBTQIA+ community has been launched by an Upper Bann MLA.

Eoin Tennyson said that despite recent advances, people in this community continue to face “significant barriers”.

He said: “Northern Ireland has made significant strides to support LGBTQIA+ people in recent years, from the introduction of marriage equality to ending the ban on gay and bisexual men donating blood.

“Yet despite these advances, we know that LGBTQIA+ people continue to face significant barriers to full participation in public life.

“The UK Government’s LGBT Survey revealed that two-thirds of LGBT people fear holding their partner’s hand in public, while more than 5 per cent have been offered so-called conversion therapy.”

He was joined at the launch by fellow MLAs and senior representatives from the LGBTQIA+ sector organisations and the Equality Commission.

He added: “Through this forum, we will work to ensure LGBTQIA+ equality is a priority in this Assembly mandate.

“There remains much work to do to progress and protect LGBTQIA+ rights. The new all-party group will push focus on a variety of areas – from eliminating healthcare inequalities to tackling hate crime and ensuring all LGBTQIA+ young people feel valued, safe, and included at school.”