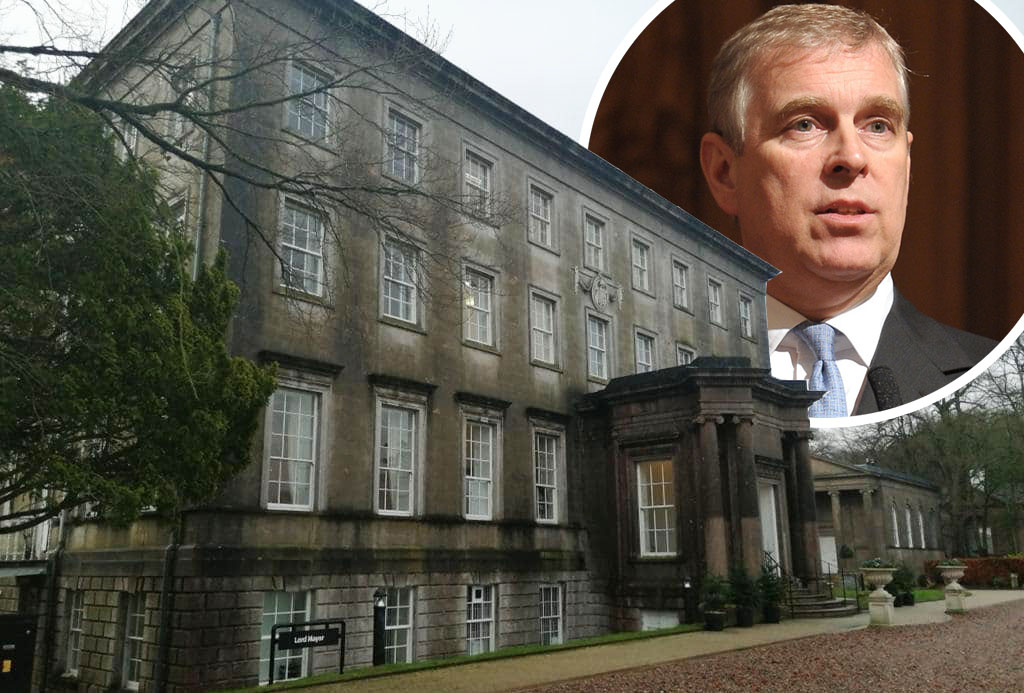 Armagh’s Palace will not fly the Union flag to mark Prince Andrew’s birthday this year, it has been confirmed.

The decision not to fly the Union Flag on February 19 in Armagh was taken at Armagh City, Banbridge and Craigavon Borough Council’s monthly meeting on Monday, January 24 following a proposal from Sinn Fein councillor Darren McNally with DUP group leader, Councillor Mark Baxter proposing the Union flag is flown on July 1 instead to mark the anniversary of the Battle of the Somme.

Addressing the chamber, Cllr McNally said given the serious nature of the allegations facing Prince Andrew, to fly the Union Flag on his birthday would “send out a very poor message” to the public.

“We usually fly the Union Flag at the Palace in Armagh to mark Prince Andrew’s birthday,” said Cllr McNally.

“However, as you are aware, Prince Andrew currently faces some very serious allegations and has been stripped of some of his titles by The Queen.

“Given the current situation, I don’t feel it would be appropriate to fly the Union flag next month.

“I wish to propose this Council does not fly the flag for Prince Andrew until such times as these allegations are investigated and the truth is in the public domain.”

Agreeing that it may not be wise to fly Union Flag in Armagh on February 19 this year, Cllr Baxter proposed the flag is flown on July 1 instead.

“We realise there are a lot of sensitivities out there, we are not blind to what is going on in terms of flying the flag for Prince Andrew’s birthday,” he said.

“I think in this Council it really only applies to Armagh as we have a 365 policy in both Banbridge and Craigavon. As such, my suggestion would be that we maybe don’t fly the flag on the February 19 but to keep up the amount of designated days that the policy follows that we fly it on July 1.

“It would be flown to commemorate the Battle of the Somme for this year anyway until we see how things go in terms of trials and all that.

“This will keep up the number of designated days and with everything that is going on, I think it is a prudent move not to fly it on Prince Andrew’s birthday.”

Cllr McNally said he would be happy for an alternative date to be discussed at party group leaders meeting.

Councillor Eoin Tennyson seconded Cllr Baxter’s proposal and said it was important for Council to take steps to show others in society that they will be “listened to and heard”.

“I think this is a sensible step we can take while investigations are ongoing and the proposal of retaining that designated day on July 1 to mark the Somme is a really apt way to handle this sensitively as well,” said Cllr Tennyson.

SDLP group leader, Councillor Thomas O’Hanlon acknowledged the “maturity of some around the table” for the way this topic was being handled and said he welcomed the proposal.

Alderman Jim Speers said Cllr Batxer’s proposal made “a lot of sense” and told the chamber both he and his party members would be supporting it.

Thanking members for respecting the sensitivities around this issue, Council’s Lord Mayor, Alderman Glenn Barr put Cllr Baxter’s proposal to fly the Union Flag at the Palace on July 1 instead of February 19 to the floor where it was approved.