Ultimate goal to progress greenway to Armagh and all the way to Portadown! 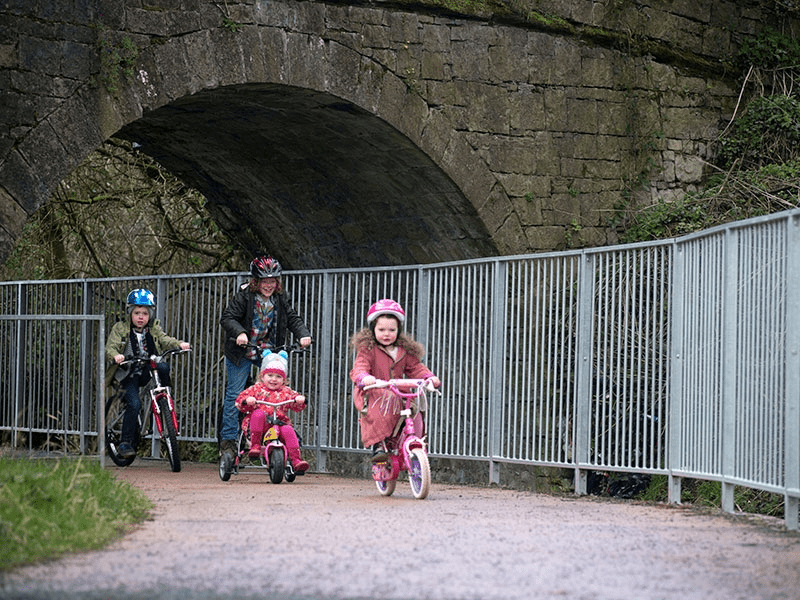 A bid for European funding is to be made to progress plans for the cross-border ‘greenway’ project.

Securing money to link up between Monaghan and Middletown will be the first step.

But it would be the long-term goal to progress through Armagh and eventually link up with the towpath that runs between Newry and Portadown. Just last month Armagh I revealed that Armagh City, Banbridge and Craigavon Borough Council had agreed to support an application for funding by Monaghan County Council for the further development of the greenway – a safe cycle and walking trail away from roads and traffic – in the south.

And it also agreed to spend £15,000 towards commissioning a multi-disciplinary team to develop the northern element of the project.

A greenway is a name used all over Europe and the United States to describe such trails, which typically use abandoned rail lines and canal banks.

Monaghan County Council has already developed 4.2km of greenway through Monaghan town; it opened in November 2013 and has been used by nearly 50,000 people to date.

Working in partnership, with the Blackwater Regional Partnership, the ABC Council and Monaghan County Council, it is hoped to develop a greenway from Monaghan Town to Tynan using the Ulster Canal Corridor and the disused railway line.

Local Sinn Fein Councillor Garath Keating has again been championing the development of the local greenway as a means of promoting health and wellbeing within the local community.

Working in conjunction with the Blackwater Regional Partnership and Waterways Ireland, Armagh City, Banbridge and Craigavon Borough Council has now sought to commit resources to assist in preliminary work to help advance the project.

“At this point the project is still in its very early infancy and there is a long way to go and many obstacles to overcome before this might become a reality,” said Councillor Keating.

“However, from a local and regional perspective, I think that this project has a fantastic capacity to generate a great deal positive for the area.

“The success in other areas of greenways, which are essentially safe routes designated for bicycle and pedestrian use, has demonstrated their capacity to bring families, groups and individuals out to enjoy their surroundings in a more active fashion.

“The popularity of cycling and walking has increased significantly over this past few years and initiatives to continue and promote this trend need to be prioritised. The provision of safe and connected routes has a key part to play in getting people, particularly children, out and active along with boosting visitor numbers.”

Councillor Keating added: “The current focus is to continue with efforts to try and secure funding from Europe to help develop the cross-border aspect of a route linking Monaghan and Middletown, with a view to then progressing that route through Armagh and ultimately linking up with the existing towpath that links Portadown and Newry.”