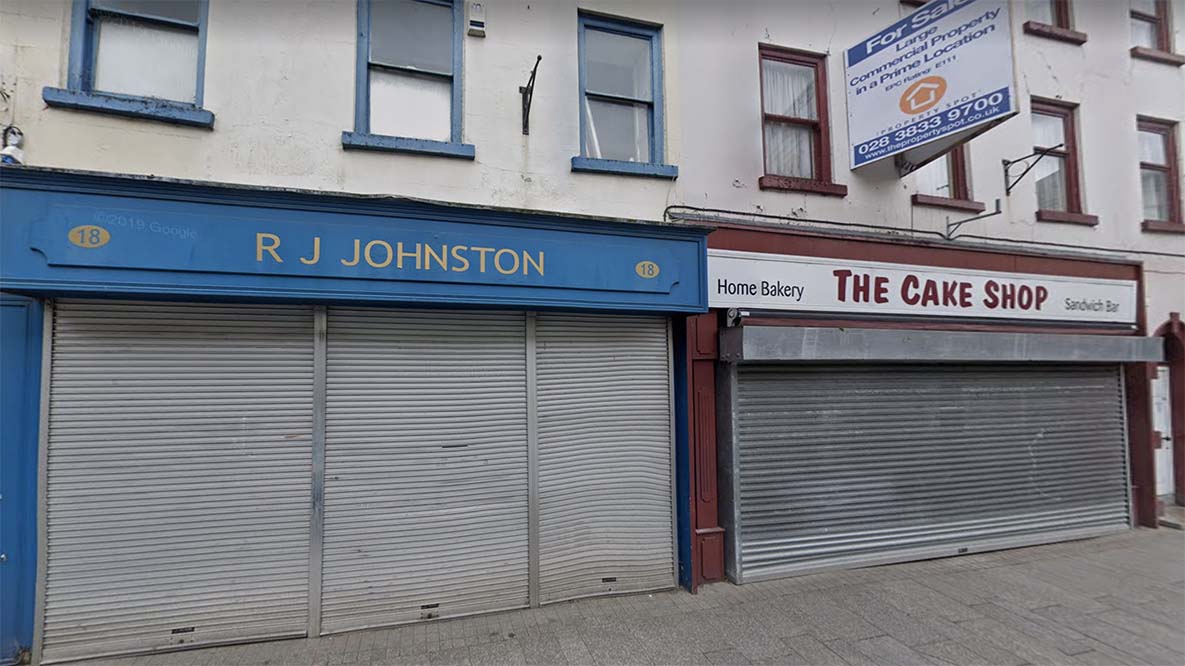 The neighbouring properties in question are at Upper English Street – namely the Cake Shop and the former RJ Johnston’s shoe shop.

The latter has been vacant for some considerable time, while the Cake Shop, in recent years, closed its ‘front of house’ operations but continued as a bakery to the rear, in order to supply produce to other stores.

Both have been lodged in the name of Drumarg Properties Ltd.

In relation to the former Cake Shop, which is at number 20, the intention is for the refurbishment and restoration of the existing building, with a new shop front. The ground floor will be retained as a retail unit.

But the applicant is seeking approval for a change of use to the rear of the ground floor and to the upper floors and attic.

It is hoped to construct a total of five apartments – three one-bedroom properties and two two-bedroom units.

In relation to the former shoe shop at number 18, the plans are similar. The property would be restored and refurbished, with new shop front and the ground floor use as a retail unit retained.

But once again there would be changes to the rear at ground floor, upper floors and attic for apartments.

Four units in all would be constructed, comprising three two-bedroom apartments and one bedsit apartment.

Signs for both restored properties will be hand-painted but no details are available as yet and these will only be confirmed as and when new tenants are secured.

Both applications will be publicly advertised shortly.