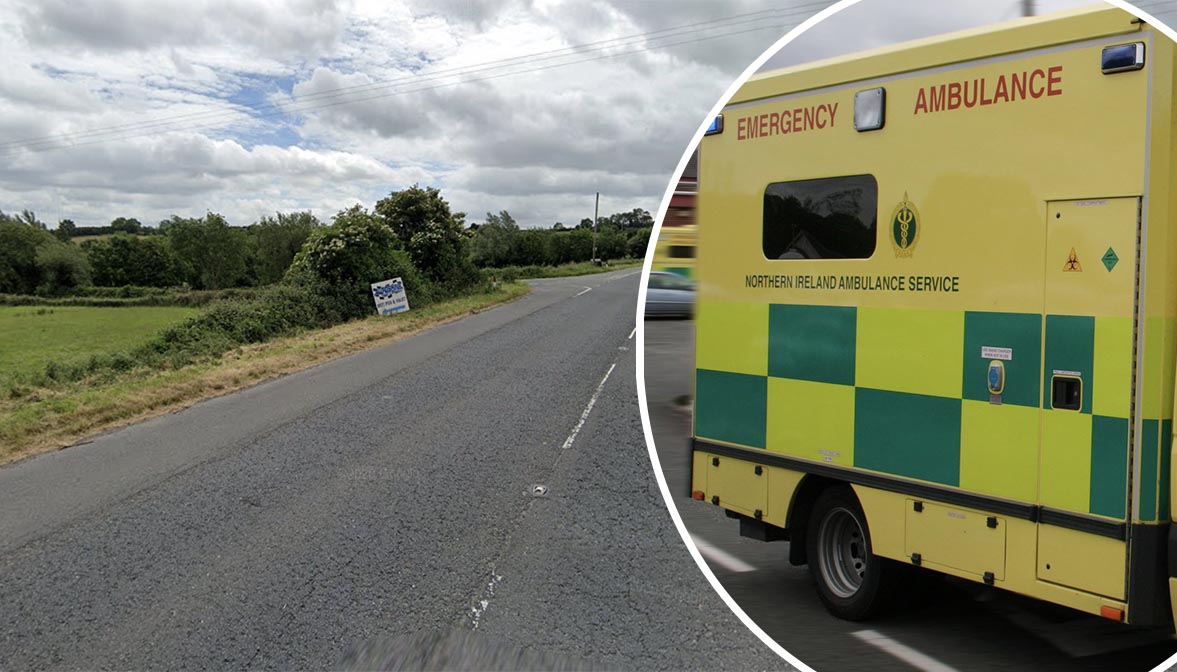 Emergency services rushed to the scene of the collision, close to the junction with Knockaconey Road, around 9am.

A white Citroen Berlingo van, a silver Volkswagen Golf and a grey Toyota Corolla had been involved in the collision.

Firefighters had to use cutting equipment to free one of the casualties.

A man and woman were taken to hospital for treatment of their injuries, which are not believed to be life threatening.

Two fire crews from Portadown and one from Lurgan attended the incident.

The NI Ambulance Service despatched two crews to the scene, and following initial treatment at the scene, two patients were taken to the Craigavon Area Hospital.

The incident was dealt with at 10.10am and the PSNI has since confirmed the road has re-opened to traffic.

Police are appealing to anyone who witnessed this incident or anyone who has information or dash-cam footage that could assist with our investigation to contact police in Armagh on the non-emergency number 101, quoting reference number 275 19/01/21, or submit a report online using our non-emergency reporting form via http://www.psni.police.uk/makeareport/.   You can also contact Crimestoppers anonymously on 0800 555 111 or online at http://crimestoppers-uk.org/.