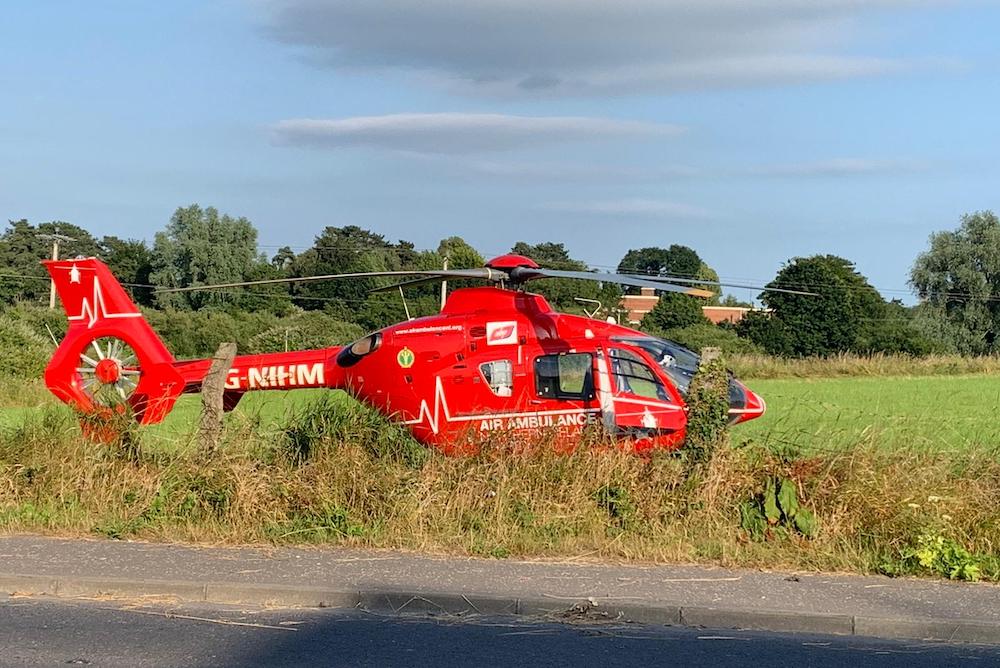 Two men have been taken to hospital following a two-vehicle collision on the Markethill Road in Armagh on Wednesday evening.

The collision occurred at the junctions with the Ratarnat and Seagahan roads at 5.10pm.

One of the men had to be cut free from the vehicle before being transferred to the Royal Victoria Hospital in Belfast via the Air Ambulance. The second casualty was transferred to Craigavon Hospital.

The Northern Ireland Ambulance Service said it received a 999 call at 5.11pm on Wednesday.

A spokesperson told Armagh I : “NIAS despatched four emergency crews to the incident. The charity Air Ambulance were also tasked with the incident.

Two fire crews from Armagh station and one from Newry also attended the scene before leaving shortly after 7pm.