Two men arrested after £90,000 worth of counterfeit goods and drugs seized 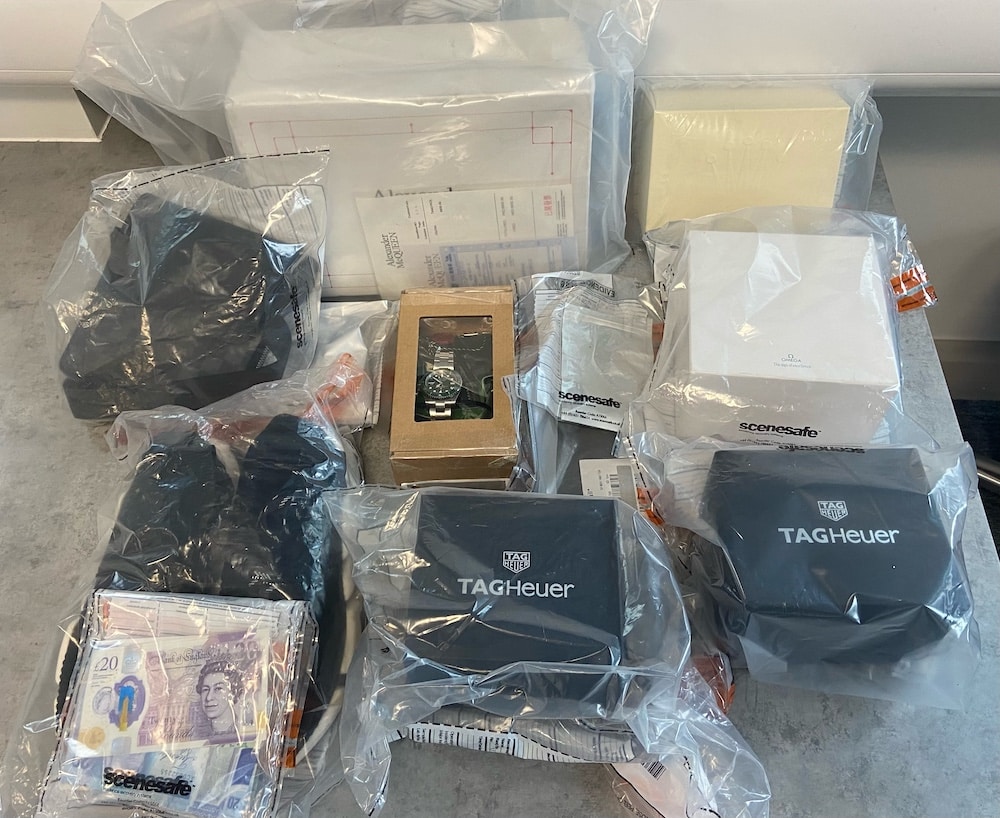 Detectives from the Police Service of Northern Ireland’s Organised Crime Branch have arrested two men following searches of a number of properties across Northern Ireland on Wednesday, October 12.

The searches occurred across the following districts: Belfast, Newry Mourne and Down, Lisburn and Castlereagh, Armagh Banbridge and Craigavon and Antrim and Newtownabbey.

Detective Inspector Shaw said: “The searches were part of a proactive policing operation led by detectives from our Organised Crime Branch, with help from various other departments, and were conducted across various locations in Northern Ireland.

“As a result, suspected Class A drugs and a number of other items, including cash, five high value watches, designer handbags and shoes with estimated value of over £90,000 were seized

“The illegal supply and use of drugs remains a priority for police, and seizures such as this demonstrate our ongoing commitment to tackling the scourge of drugs in our society.

“The jewellery forfeited shows our ongoing commitment to pursuing proceeds of crime generated from the criminal activities of criminal groupings. The public have specifically asked us to pursue the finances generated by criminal groups and we will explore every avenue in order to do so. This money will now be put to good use in providing assistance to local initiatives and other worthwhile causes.

“The Organised Crime Unit remains committed to tackling all funding streams that help line the pockets of these groups. As always, we rely on the local community to help us. You can provide information by calling us directly in confidence on 101, or alternatively, information can be provided anonymously to the independent charity Crimestoppers on 0800 555 111.”