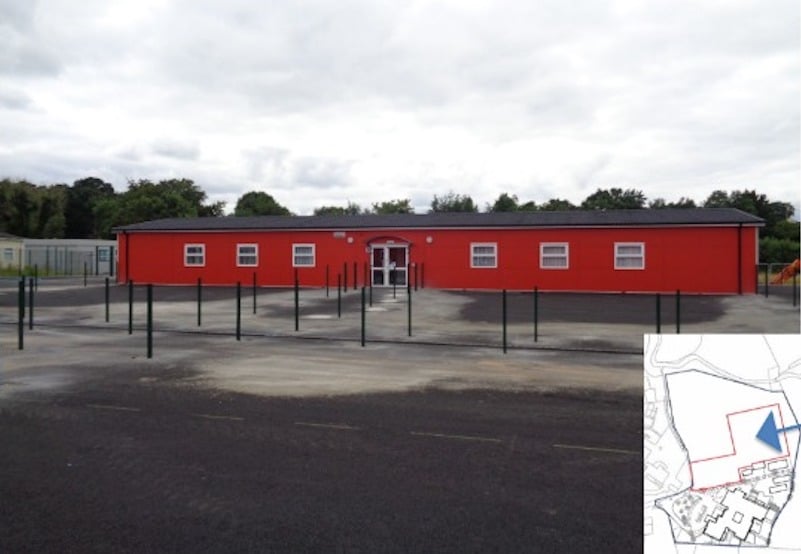 Armagh City, Banbridge and Craigavon Borough Council’s planning committee has approved the retention of a modular unit at a special school in Armagh, despite concerns of a potential flood risk.

Council’s planning officers recommended the application was approved, noting two similar applications on the same site were approved at the committee’s meeting on August 3.

The application appeared before the committee as an objection had been received from a statutory consultee but in both cases, officers recommended the applications were approved regardless.

Members of the committee were advised DFI Rivers reservoir inundation maps indicate this site is in a potential area of inundation emanating from Lowrys Lough.

Members were also told DfI Rivers state it has not been demonstrated that the “condition, management and maintenance regime of Lowrys Lough is appropriate to provide sufficient assurance regarding reservoir safety so as to enable the development to proceed”.

As such, the overall hazard rating at the site is considered high by DfI Rivers.

Noting an officer recommendation that goes against the opinion of a statutory consultee is not something that “often happens”, the committee’s chair, Alderman Gareth Wilson asked why officers were of this view even though DfI Rivers had been “fairly adamant on their views of the risk associated with it”.

The planning officer in charge of the application explained there were many factors, given various weightings that helped reach the recommendation to approve the application.

“This is very much ancillary development to the existing school building,” said the planning officer.

“Ultimately the entire school grounds are within the reservoir inundation zone so that also formed part of our consideration and combined with the flood evacuation and management plan it alleviated officer concern.

“We did give substantial weight to the community benefits that will result from this development.”

Alderman Sydney Anderson drew attention to a condition to be attached, should approval be granted, for a flood warden to be employed and asked what the job would entail.

“The warden will check any communications in case of reservoir failure and, if there are flood waters they are the person in charge of making sure the school is evacuated,” said the planning officer.

“Ultimately, the evacuation plan has shown it can be done in seven minutes and there has to be a coordinated approach to ensure that is done in a timely manner.”

Councillor Darryn Causby asked officers to further explain how they have weighted the information they have been provided with.

“It has not been demonstrated to DfI Rivers that the condition management and maintenance regime of Lowry’s Lough is appropriate to provide sufficient assurance as regards to reservoir safety and they consider the hazard rating for the site to be high,” he said.

“They made a fairly strong representation to the council based on something they don’t have.

“Is it not, and I appreciate where the officers are coming from, the case that if DfI Rivers are telling us they don’t have something and they can’t confirm if it is safe or not, even though it is probably there statutory duty to do so, that it is reasonable to acknowledge what they have said but apply more weight to what we do know rather than what they don’t know.

The planning officer confirmed other material considerations were considered and told the chamber, “I think the fact the entire school is in the inundation zone as well has significant weight in the balancing exercise”.

The committee’s vice chair, Councillor Kevin Savage said a good debate about this issue was had in August and told the chamber he was inclined to agree with the officer recommendation to approve the application.

“We did have a good debate in August and did ask questions about the flood risk and things at that time. It is a balancing act and we did raise issues about capacity of special needs schools in the area,” he said.

“I think on balance, in terms of flood risk and the need for the education facility, officers have got the decision right and I agree with their recommendation.”

Councillor Peter Lavery said he concurred with the committee’s vice chair before putting forward a proposal to approve the application which was subsequently seconded by Cllr Savage and supported by the chamber.