Good causes which he helped have been remembering his kind and generous donations to help the homeless, a community in need during Covid and now, through donations in lieu of flowers, Armagh Foodbank 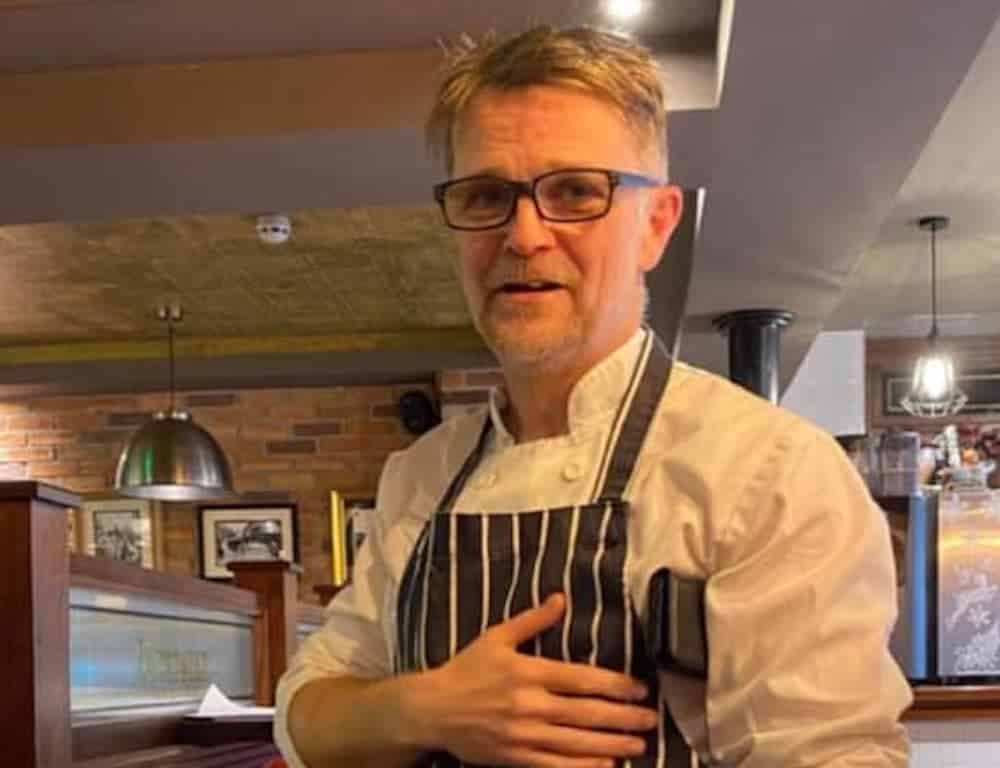 The funeral will take place on Tuesday of much-loved Armagh businessman Tony Hughes, who passed away suddenly at his home on Thursday.

Tony, who lived at Folly Lane, has been described as a “real ambassador for Armagh” as tributes continue to flood in.

He had a wealth of experience in the hospitality industry and owned Toni’s Bar and Grill and Hughes Bar at the Shambles, as well as opening Parklands Restaurant at Co Armagh Golf Club during the pandemic.

“During his time with the club Tony was a true professional and talented businessman, who worked closely with us to deliver a great service for our members,” he said. “In his short time with us he became a great friend to the members and visitors to the club.

“On behalf of the members of County Armagh Golf Club, I wish to extend our sympathy to his family and his team in the Parkland Restaurant.

“Our thoughts and prayers are with them at this sad and difficult time.”

Indeed, the team at his most recent enterprise have expressed shock and sadness at the loss of their employer and friend.

They took to social media to express sympathy to Tony’s wife, Wendy, parents Kevin and Gemma, and children Jude and Eva.

“Our hearts are totally broken at the devastating news of our owner and great friend Tony Hughes’ passing,” a post on social media read.

“There are no words to describe the pain that we all feel at the loss of this amazing man, who was the driving force and motivation behind all of us.”

Chef Dean Coppard, who was the original owner of Uluru in Armagh, expressed his sadness to a colleague and peer.

Describing him as a “gentleman and all round good guy”, he added: “He was one of the first to welcome me into the hospitality community of Armagh over 16yrs ago, and in fact we had a conversation only last week about life in general. Another taken too soon. Gone but will not be forgotten for all that did for us all.”

Tony was also well regarded and renowned for his great efforts to help others.

Indeed, donations in lieu of flowers are being accepted to support Armagh Foodbank.

As well as establishing the Parklands Restaurant at the height of the Covid-19 pandemic he was also there, ready and willing to do his bit in times of need.

West Armagh Consortium, which was helping local communities in these very difficult days, was full of praise for a “gentle soul”.

“Tony has a been a major contributor to many of our causes through the years,” they said. “Tony never had to be asked, his giving hand knew no bounds, supporting his community any way he could.

“One example was that throughout the Covid crisis he was a constant visitor to Cathedral Road to offer both monetary and practical support to our Response Group.

“We would like to offer our deepest condolences to his wife Wendy and the Hughes family at this very sad time.”

On Friday night, the Armagh Outreach team – which distributes food outside Danske Bank to those in nee – were overwhelmed once again by the support from Toni’s Bar and Grill just a day after the heartbreaking news of Tony’s passing.

Aislinn Grant said: “As the shock of Tony Hughes death ripples through our City, his legacy already lives on as his generosity and devotion to helping others in need was given such a high priority.

“Even though his staff were dealing with their own grief & shock, they were so thoughtful and efficient in their giving.

“All food prepared was given out to our regulars who were spoiled by choice. A real feast. We were overwhelmed with the amount of food and it was enjoyed greatly by our service users.”

Tuesday will see the popular Armagh man’s funeral being held in the city in which he achieved – and gave – so much.

His funeral will leave his home at Folly Lane at 10.15am for a Service of Thanksgiving in St Patrick’s Cathedral at 11am. Afterwards, a private family cremation will take place.

A loving husband, father, son, uncle and nephew, we would extend our deepest sympathies to Tony’s entire family circle at this time. May he Rest in Peace.