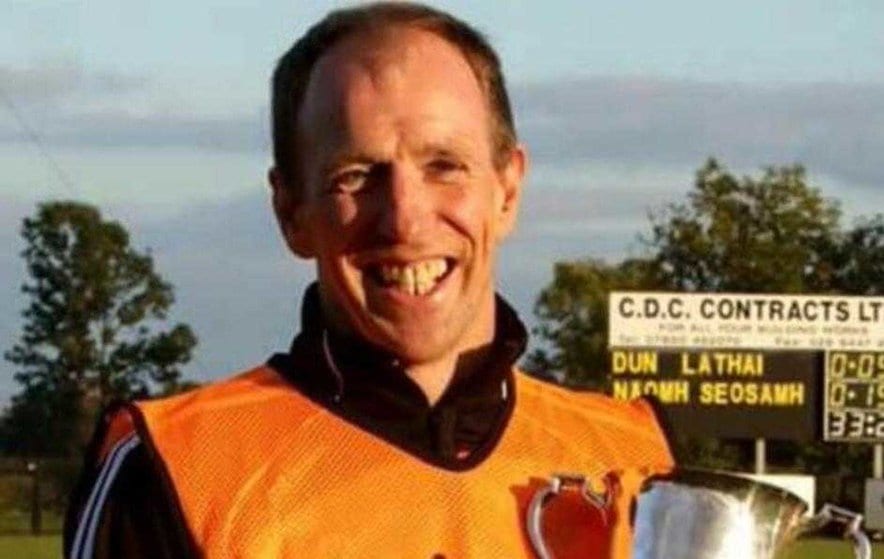 A man who collapsed and died during a charity cycle in county Armagh yesterday has been named as Francie Doone.

The 51-year-old is believed to have suffered a heart attack on the Newry Road, outside Newtownhamilton around 12.45pm on Sunday.

He was treated at the roadside before emergency services arrived on the scene. The charity event – Ride On For RAFF memorial charity cycle – was organised in aid of leukaemia research.

A statement issued on behalf of the organisers said: “We would like to convey our sincere condolences to the family and friends of fellow cyclist Francis Doone of Glenavy who tragically collapsed and passed away in hospital this afternoon following our cycle.

Tributes have been pouring in for Mr Doone, who was also a former player.

A friend described him as “a true giant of a man with a heart of gold”.

“He’ll be sorely missed, thoughts and prayers with family, friends and club mates”.

Another message posted online said: “Sorry to hear of the untimely passing of Francie Doone.

“A tough end to a week which started brilliantly for the club”.

Another tribute said: “Shocked to hear this, terrible news. Thoughts are with his family and to the whole club. RIP.”

South Armgh councillor Barra O’Muiri has offered his condolences to the family of Francie Doone.

“I want to extend my sympathies to the Doone family,” he said.

“While I didn’t know him I am assured by those who did that he was a real family man, a very civic minded person and a true Gael.

“Indeed his decision to travel to the area to take part in the wonderful Ride On For Raff memorial and charity cycle is  a real indicator of the type of person he was.

“I’m sure that the organisers of Ride On For Raff and indeed everyone who took part in the event will join me in sending our sincere condolences to his family.”