'He was very talented, popular and enthusiastic and a real role model' 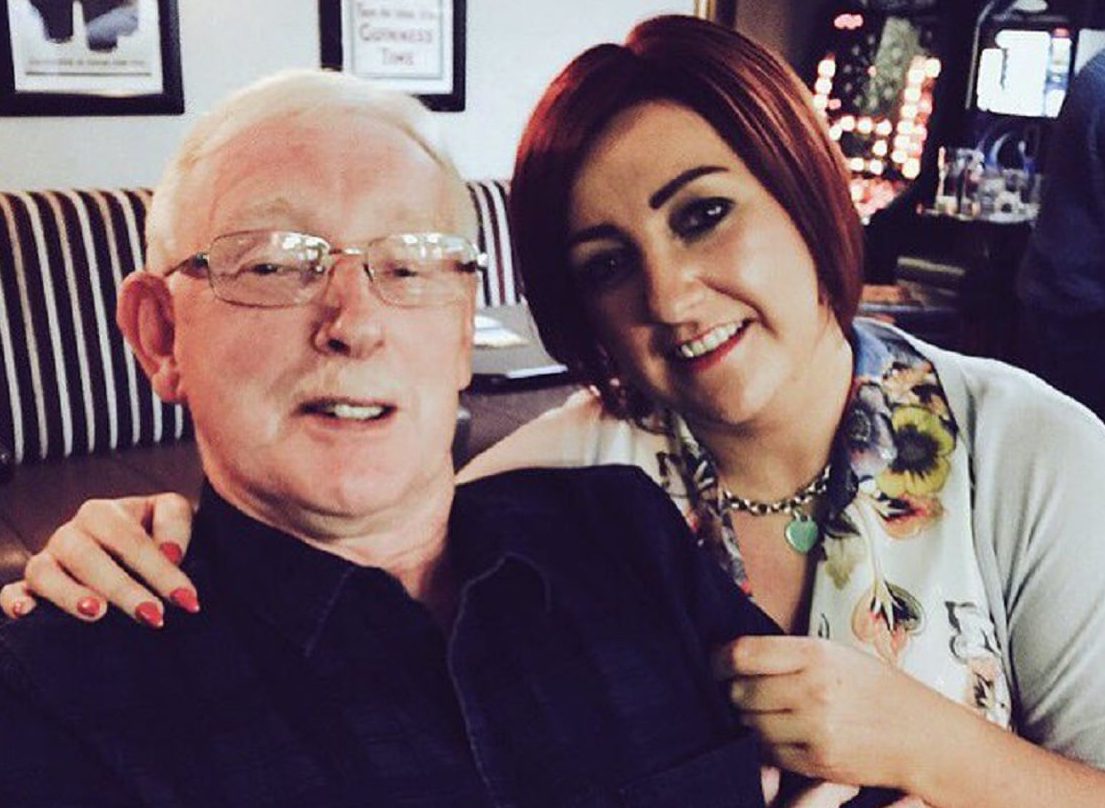 Armagh sports legend Sean ‘Dingle’ Daly  has been remembered as a hugely talented footballer who went on to share his love and knowledge of the game with the younger generation.

Mr Daly passed away peacefully in Hamilton Court Care Home today (Monday). He had been diagnosed with Lewy Body Dementia in 2019.

The father-of-five played Gaelic football for both Armagh and Tyrone at county levels, and was a member of the All Ireland team of 1977 which took on Dublin.

He was also a stalwart of Armagh City FC, initially as a player and later as a mentor and coach.

In a social media post, his daughter Nichola Daly said it had been a “very, very difficult journey over the past four years” and said her dad was “our absolute world”.

She said: “Daddy dedicated his life to coaching and developing sporting ambition in others.

“A sportsman like no other, making great contributions to the local community and bringing everyone together.

“However, his family was his greatest achievement and his love and guidance will be forever missed. Above all, he was our absolute world.

“I take great comfort that my father is now reunited with my wonderful mum, who was his absolute queen – never apart.”

Aidan Murphy, chairman of Armagh City FC and a lifelong friend of Mr Daly, told Armagh I he will be “sadly missed”.

He said: “Armagh City FC were Milford Everton originally and Sean started to play in the late ’60s, early 70s.

“He made about 300 appearances and scored 65 plus goals. Even though he played in midfield, he was the leading goal scorer for three seasons from 1975 to 1979.

“He was a very talented footballer. During that time he was also playing Gaelic for the county.” When the youth set-up began in 2000, he began coaching some of the youngest children and was presented with Clubman of the Year in 2013-2014 in recognition of his efforts.

Added Mr Murphy: “He was very popular and enthusiastic and a real role model. He was coaching right up until the day he took ill. He enjoyed being out helping young ones.

“He was very popular with opponents too. He was a hard competitor but a skilful competitor and he never made an enemy. He was just a lovely fella and he will be sadly missed.

“Our thoughts and prayers are with all the family.”

Mr Murphy said the club will be providing a guard of honour at the funeral and that a moment’s silence will be observed before all matches on Friday and Saturday.

Meanwhile, Armagh Harps described Mr Daly as “one of Harps’ greatest modern day players in the last quarter of a century”.

Writing online, they said Mr Daly graduated through juvenile football to become a key figure in the club’s minor winning team of 1968, managed by Joe Mackle and the late ‘Buddy’ McArdle.

“…Surely his greatest moment came when he came on as a second half substitute for Armagh in the All-lreland Final of 1977 against the mighty Dublin,” they wrote.

“He played a key role as Armagh staged a terrific comeback and was involved in both of Joe Kernan’s goals.”

Mr Daly played for the club right through the ’80s until his retirement from Harps in 1988, when he joined Madden as player-manager.

“As a player he had many attributes, the already mentioned frees, a great fielder, the ability to swerve the ball in passing or going for a score,” the club wrote.

“He had mastered all aspects of Gaelic football and was equally adept at either right or left foot. it didn’t matter to Dingle. A former senior player of the year with Harps, he gave great service to all under-age teams and returned as manager to Harps seniors in 1992, bringing in some of today’s youngsters to senior level.

“Harps will be eternally proud of the service given by Sean ‘Dingle’ Daly.”

His funeral will take place on Wednesday from Daires Willows at 10.30am to St Patrick’s Cathedral for 11am Mass, with burial in St Patrick’s Cemetery.

Mr Daly was predeceased by his wife Patricia and is survived by his children Nichola, Shauna, John, Louise, and Connor.

He was also the brother of Winnie, Margaret and Peter and the late Pat.

Mourners are welcome to wear football tops to celebrate his legacy.