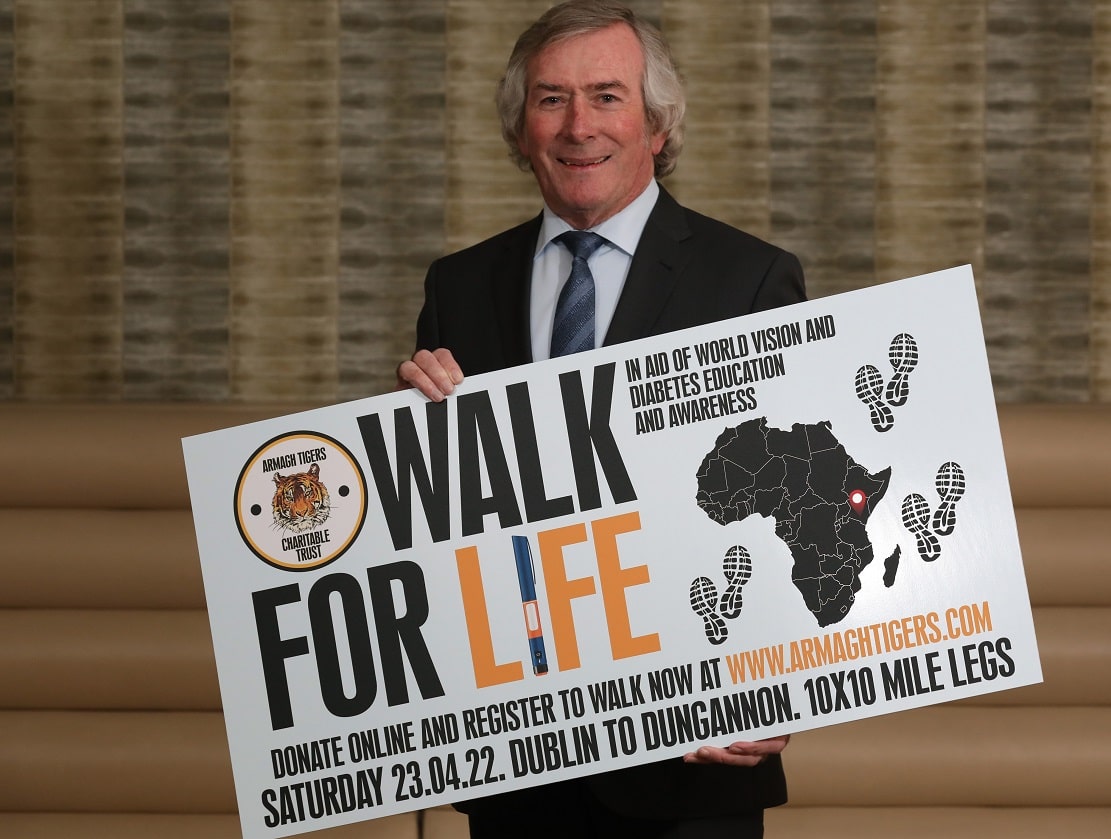 Traffic delays are expected in Armagh tomorrow (Saturday) afternoon as dozens of walkers take part in a charity event.

The 100-mile Walk for Life from Dublin to Dungannon has been organised by Armagh Tigers Charitable Trust.

The final 10-mile leg starts at 1.30pm at Armagh City Hotel and will finish at Donnelly Jaguar Land Rover, Dungannon.

The organisers said there will be traffic delays from Armagh City Hotel to the Moy Road and through the Moy to the Donnelly Group Showroom in Dungannon.

The charity is aiming to raise thousands of pounds for two causes – World Vision Korogocho Slum School Kenya Project and research into diabetes being undertaken by Queen’s University Belfast.

Kieran McAnallen, chairman of Armagh Tigers, said: “We’ve been delighted with the response to date and our charity endeavours have attracted sporting greats such as Tommy Bowe and Pat Jennings, plus our local GAA, rugby and football clubs.

“Walk for Life donations will go directly to building a school in Kenya and raising awareness of those living with diabetes closer to home.”

“At the Wellcome-Wolfson Institute for Experimental Medicine at Queen’s, we’re training the next generation of researchers to improve patient outcomes and develop new treatments for people dealing with diabetes and its complications,” he said.