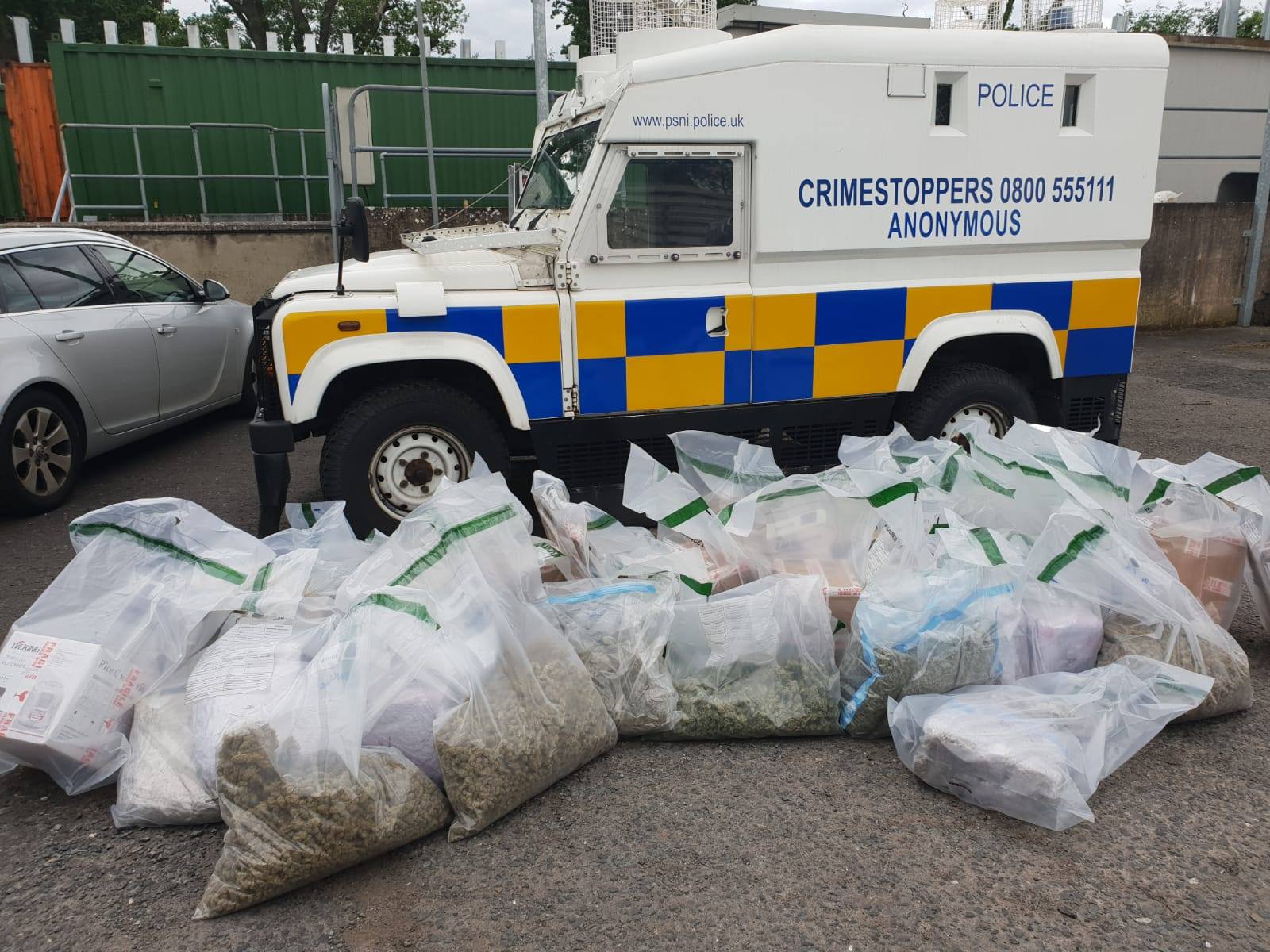 Three men have been arrested after the discovery of drugs worth an estimated street value of £640,000 during a raid at a property in Armagh this afternoon (Thursday).

Detectives from Organised Crime Branch made the seizure during a planned operation in the Newry Road area of the city.

All three men remain in custody assisting police with their inquiries.

Detective Inspector Barry Hamilton said: “These arrests and seizures are further evidence of our ongoing commitment to removing and disrupting the illegal supply of drugs in Northern Ireland.

“We know that drugs can ruin lives and line the pockets of organised criminals, and we are determined to disrupt these criminal gangs.

“I would appeal to anyone who has any information to call police on the non-emergency number 101, quoting reference number 969 of 23/05/19.”

Commenting on the drugs raid Alderman Gareth Wilson said: “This is both an excellent operation by PSNI and also a very shocking illustration of just how much of a grip illegal drugs have on our society.

“It is deeply concerning and should worry everyone as to the detrimental effects illegal drug use is having on users in this Borough and across the country.