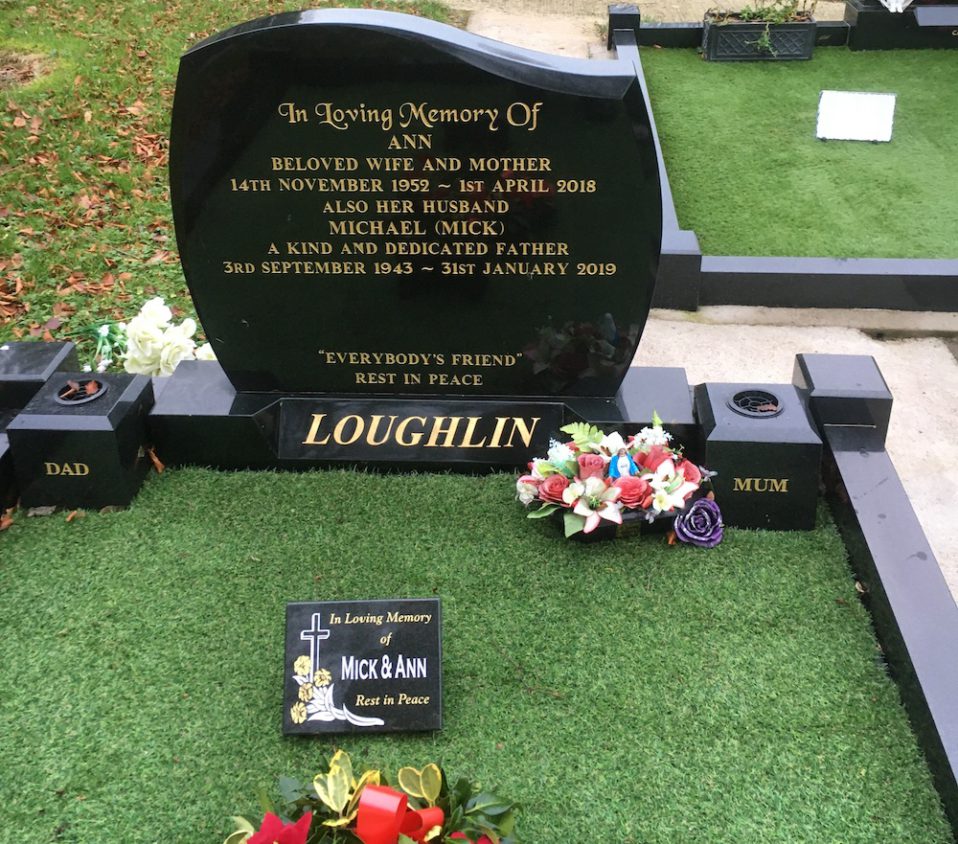 A man who has had flowers stolen from his parents’ grave on four separate occasions has reluctantly decided to stop leaving floral tributes there.

Paul Loughlin was speaking after the latest theft on Sunday.

The Armagh man went to the grave at St Joseph’s in Tynan only to find that the artificial flowers he had placed in vases at either side of the headstone were gone.

This was the fourth such theft since last January.

Mr Loughlin’s parents died within nine months of each other – his mother Ann on April 1, 2018 and his father Michael on January 31, 2019.

They were married at the church in Tynan, and it was their wish to be buried there.

He said: “I like to keep the grave well as a tribute. It’s a bit of a setback when these thefts happen because you think there’s nothing sacred at all.

“It’s an important place to me and I go there to get comfort and a bit of peace. You have a nice grave there for anybody who wants to visit.

“Now I have elected not to have any flowers on it at all because there is no point replacing them if they keep getting stolen. All I can think of is to cut off the supply

“They cost £60 every time because they’re ultraviolet sensitive so they don’t fade. But it’s not the money. It’s the fact that every time I walk into that cemetery now I’m anxious.

“It interferes with the process of grief, really. You are trying to come to terms with things.

“To me it’s highly insensitive and slightly cruel also to do something like that. It’s a lovely cemetery, it’s beautiful out there, but this spate of stealing flowers has set me back a bit.”

Mr Loughlin emailed the parish council and received a reply saying that such thefts are happening often and in different areas.

He believes something needs to be done about it, whether it be installing CCTV, locking cemeteries or employing a warden.

“If you do nothing then nothing happens. That sort of activity should never be accepted. It makes a sad situation even worse,” he added.

Earlier this year, thefts of lanterns and ornaments were reported at St Patrick’s Cemetery in Armagh, with a spate of thefts from Orchard Cemetery in Richhill last year.